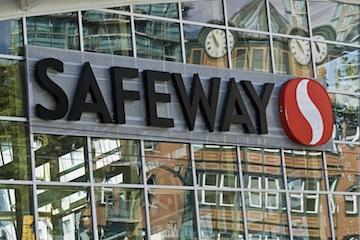 Sobeys' deal to sell 29 of its stores in Western Canada to Overwaitea and Federated Co-op will give the two smaller grocers access to new markets and an opportunity to take a bigger bite out of Canada’s fast-growing Prairie market.

The announced sale on Thursday follows a requirement by the Competition Bureau that Sobeys sell 23 locations following its $5.8 billion purchase of 213 Canada Safeway stores last June.

According to a Sobeys news release, the sale of an additional six stores beyond what the Competition Bureau asked for was necessary to create a package that met the needs of both Sobeys and the Jim Pattison-owned Overwaitea Food Group.

Overwaitea bought 15 stores, while Federated Co-operatives Limited (FCL) snapped up the remaining 14, catapulting the growth plans of both Western Canadian-based grocers in a deal worth $430 million.

Scott Banda, CEO of FCL said the deal would give the co-op a presence in six new communities: Winnipeg, Edmonton, Taber, Leduc, Wetaskiwin and Fort Saskatchewan. Regina and Saskatoon already have Co-op food stores and FCL will be expanding by one location in each of those cities.

“This is indeed an historical agreement for our Federation, said Banda at a news conference Friday. “It's an excellent strategic fit and it will strengthen all the co-ops across Western Canada and provide an exciting opportunity for us to continue our growth in our marketplace.”

The agreement with Sobeys is a two-step process, said Banda.

FCL will acquire the 14 locations, four of which have gas bars, from Sobeys and then FCL will transfer the ownership of 12 of the sites to local retail co-ops that are members of FCL.

Banda added that FCL would be freshening up the stores and shopping experience for the customers and adding co-op branded products to the mix.

Banda said he expects the deal to close by the end of March and to have all sites transferred over by May.

Darrell Jones, president of Overwaitea, told Canadian Grocer that 14 stores would operate under the Save-On-Foods banner, while the Thrifty Foods in Abbotsford will become a Cooper’s Foods store.

Jones said that while the company has historically grown organically, this deal was too good to pass up.

“It’s very difficult to find good acquisitions so when the Sobeys folk called us and offered us a package of stores we were very pleased,” he said. “This is such a perfect fit.”

Jones said that the takeover date for the first stores is March 18, with full conversion anticipated by the first week of May.

Overwaitea will have 144 stores once the deal finalizes, eight of the new stores are on Vancouver Island.

“We’ve been on Vancouver Island since 1918. We know the marketplace, the customers there know our brand and we have great people,” he said.

Banda and Jones both say it will be business as usual, a smooth transition and no layoffs of the approximately 2,800 Safeway personnel. All collective agreements for the Safeway employees will be honoured.

Andy Neufeld, director of communications for the UFCW 1518 said he sees little change for the former Safeway employees as the wages, benefits and working conditions are comparable to those paid by Overwaitea.

“From the union’s perspective we think this is the best possible outcome,” said Neufeld. “It’s a big change for the people working in the store and there will be some adjustments that need to happen because the two companies have different cultures, but Overwaitea has a more local, B.C. presence and good stature in the industry so ultimately as things unfold we think it’s going to be just fine.”

Stewart Samuel, a senior business analyst with IGD, a global grocery and food industry research firm, said the acquisition will help the two locally based retailers build up scale in the face of increasing competition and put them in a stronger position for expansion.

Overwaitea is rapidly expanding its presence outside of B.C. and recently opened three new stores in Calgary.

“Saskatchewan and Manitoba are growing and dynamic provinces and we think we’d be a great fit there,” said Jones.

In addition to the 29 stores sold to Overwaitea and Federated Co-op, Sobeys is also selling one Price Chopper store in Winnipeg to a buyer it hasn’t yet identified.

Sobeys is also closing a Safeway store in Courtenay, B.C. That announcement came just a few hours before Sobeys came out with the list of 30 stores that it was selling.

John Graham, a spokesman for Safeway, told the Courtenay Valley Record that “the decision was made as part of Safeway's normal review of business operations. There were a number of factors in decision, but financial viability was the primary reason."

According to the newspaper, the store is to close May 10 and had been in operation for 75 years. It employs 50 full-time and 70 part-time employees.