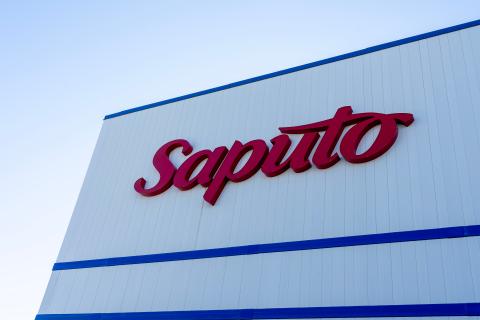 The creamery in Northern England operates two facilities in North Yorkshire and employs about 210 people making a variety of specialty and regional cheeses.

Wensleydale sources its milk from 40 local farms and uses its own starter cultures to make cheeses that it exports around the world.

"Wensleydale Dairy Products is home to an immense amount of passion, care and tradition," Saputo chief executive and chairman Lino Saputo said in a statement Monday.

"Not only is it a well-established British business with high-quality products and award-winning cheeses, but our corporate cultures are well-aligned."

The deal is the latest in a string of strategic acquisitions by Montreal-based Saputo, one of the world's largest dairy processors with major operations in Canada, Australia, Argentina, the United States and the United Kingdom.

In May, Saputo said it had acquired Bute Island Foods, a Scottish manufacturer, marketer and distributor of vegan cheese. It also announced a deal to buy the Reedsburg, Wis., facility of Wisconsin Specialty Protein, which makes ingredients such as goat whey, organic lactose and other dairy powders.

The two deals were part of a broader plan by the Montreal company to beef up its non-dairy cheese and value-added ingredients holdings.

The Wensleydale acquisition, which is subject to regulatory requirements, is expected to close later this month.

The business will join Saputo's U.K. dairy division under its Europe sector.

Irene Nattel, an RBC Dominion Securities Inc. analyst, said in a client note that the deal would expand the breadth and depth of Saputo's specialty offering in Europe and is consistent with the dairy company's strategy to strengthen its core business, including specialty cheeses.

"While the deal is relatively small, it reinforces (Saputo's) positioning as one of the top ten global dairy producers with leading market positions in virtually all of the attractive global milk sheds," Nattel said in the note.