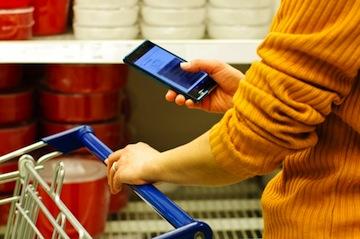 More Canadians will be reaching for their cellphones instead of their wallets to pay for purchases this year, predicts a report by global professional services firm Deloitte.

The report, released Tuesday, sees 2015 as a "tipping point'' for retailers, banks and telecom companies to adopt the technology, which allows consumers to make relatively small payments within seconds with their smartphones.

Duncan Stewart, a director at Deloitte Canada, said there now are more phone models with the technology, called near field communication, and more retail locations that can accept the payments.

The familiarity Canadians already have with using credit cards to tap and pay, whether in a coffee shop or at the drugstore, will make it easier for consumers to transition to using the same technology with their smartphone.

"They think: 'If I'm doing it with my credit card, why not do it with my phone? It's basically the same,'' said Stewart.

Deloitte's annual report named smartphone mobile payments as its top technology trend of 2015 – beating out other emerging trends such as 3D printers, click-and-collect retail locations and the Internet of Things – a term used to describe devices that communicate with each other.

It estimates that, this year, about five per cent of the world's 600 million equipped smartphones will be used to make an in-store purchase at least once a month, a 1,000 per cent increase over 2014. By the end of the year, it expects one in 20 smartphone owners to have made a mobile payment with their phone.

Although usage will be up, it is not yet "mainstream.''

"It will be a long while before the majority of us can jettison our physical wallets,'' said the report, although it noted the attraction of a higher spending limit for such payments using smartphones, around $100 versus $50 for credit cards.

Stewart said adoption will be driven by retailers who see benefits to promoting contactless smartphone payments, such as the ability to process transactions and to integrate loyalty programs and special in-store offers seamlessly.

"The real benefit to the retailer is speed,'' he said. "They don't need to handle cash, or customers typing in a PIN. It moves people through the stores faster.''

But the report also noted that one of the impediments for retailers may be the cost of installing new point-of-sale machines equipped to handle the new technology.

In addition to smartphone payments, Deloitte forecasted that the popularity of physical books will continue its resurgence in 2015 with more consumers demonstrating that they're still willing to pay for print books after the sales of ebooks plateaued or fell last year in Canada, the U.S. and the U.K.

It also noted that those aged 18 to 34 years will spend an average of US$750 a year on traditional and digital content this year. The report said that translates to nearly US$7 billion in sales for the Canadian media industry for pay TV, music, computer games, books, live sports, streaming video and newspapers.

Deloitte's report is based on interviews and research conducted with more than 8,000 clients, industry analysts and global leaders from June to December.