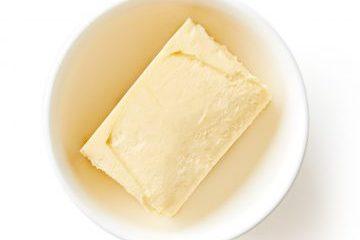 Butter is hot these days, you'd think it might melt from being in the spotlight so much. Whether traditional dairy butters, plant-based alternatives or nut/seed spreads, ingenious new offerings in the category have fuelled its current popularity, along with diet preferences and a collective change of heart about the fat content of food. In fact, it’s such a popular trend that Whole Foods Market included “Everything Butters and Spreads” as one of its Top 10 Food Trends for 2020.

Traditional dairy butters are doing very well, in contrast to the slide in sales for fluid milk. Figures for butter consumption among Canadians have risen steadily since 2013. The most recent figures from the Canadian Dairy Information Centre show an average of 3.33 kilograms per capita, up from 2.8 kilograms a decade ago. In Ontario alone, Nielsen data shows that over a 52-week period (ending in November 2019), butter sales were up by 9%.

The numbers have been robust over the last few years, agrees Rob London, director of marketing, Gay Lea Foods Co-operative; and these numbers are strong for all types of dairy butter. “The salted and unsalted types will always be the driver of the category,” notes London. “But we’ve seen some really good successes with specialty butters. Millennials are looking for high-quality, premiumized products and they’re willing to pay more.”

Think European-style butters like Churn84, with 84% butter fat, from Stirling Creamery (purchased by Gay Lea in 2016) or Stirling’s flavoured butter rolls (garlic parsley and Bombay curry) and even a goat milk butter from Hewitt’s (acquired by Gay Lea in 2014). “I believe the premiumization of butter is where the future growth will come from,” he adds. “Consumers are looking for an experience with the product. I think it comes from the interest in food culture and a desire for good flavour.”

Not too long ago, the thought of high-fat foods would have struck terror in consumers’ hearts. “The nutritional pendulum has swung and fat is back,”explains Jo-Ann McArthur, president of Nourish Food Marketing. “It’s no longer seen as the enemy. In fact, it is seen as part of a healthy diet, especially with younger generations.”

Perhaps the most notable twist is that margarine—once butter’s chief rival, only to decline in popularity once people returned to butter for its more “natural” attributes—is still very much on the scene after rebranding. McArthur cites Country Crock, a popular U.S. margarine company that’s added a new “Plant Butter” line, as an example. The company has repositioned the brand, removed the word “margarine” from all its packaging, upped the price and now promotes its products’ dairy-free, gluten-free health benefits.

Entering the plant-based butter sector in Canada was an appealing move for California-based Miyoko’s Creamery. Its vegan butters lead in the U.S. market, and in August 2019, they were launched in 1,000 grocery stores in Canada. “It has been going well,” says Miyoko Schinner, a chef and the company’s founder. “When we began in the U.S. , it was a slow start, then all of a sudden it caught on. We’ve seen triple-digit growth every year.”

Schinner says she saw the need for plant-based butter that performed like a traditional dairy-based one. Her cultured butter starts with cashew milk, which is inoculated with dairy cultures. That brings down the pH and it turns buttermilk-like. It is then combined with coconut oil and churned into butter, which gives it a slight tang reminiscent of European butters.

Keto and paleo followers are also often keen to add more nut and seed butters to their diets, and there has been a slew of new and innovative offerings to oblige. Smucker Foods introduced Adams Dark Roast peanut butter in Canada a while back and Kraft Extra Roasted Peanut Butter has just hit the market.

Whole Foods’ Luscombe notes “consumers are looking for variety in their spreads,” and adds that new varieties of nut and seed butters, beyond peanut and almond, are being used in traditional ways—consumers are using them “as a spread, in baking, in shakes, or they’re adding them to meals as a source of protein and fat.” He predicts different types of seeds and nuts, such as macadamia, pumpkin and legumes, will show up in greater numbers in spreads and butters.

Although these plant-based spreads are making headlines now, they aren’t a completely new phenomenon. Back in 1989 when Paris, Ont.-based Nuts to You began producing nut and seed butters, aging hippies and vegetarians were the ones buying its products. “We are still continuing to grow,” says Anne Lawrence, sales and marketing director. “Our products do well regardless of current diet trends. We don’t respond to them. We just focus on what we do.”

“Consumers across a wide range of ages continue to buy our products,” explains Lawrence. “We are now into our third generation of customers.”

Part of Nuts to You’s success also comes from its ability to merchandise well. The company offers monthly discounts to grocers on feature products. “We encourage retail partners to pass along savings to customers,” she explains. They also do on-shelf promotions, flyers, in-store floor displays and endcaps.

Generally, merchandising butters and spreads in grocery has its challenges. “It can be a bit tricky as these products need to be refrigerated, so it is tough to make large displays,” says Christy McMullen, co-owner of Toronto’s Summerhill Market. “That makes using social media to promote the spreads ... and provide ideas on how to serve them so important.”

The effort is worthwhile. “This is a growing category for us,” she notes. “It has always been strong, but in the last couple of years our vendors have come out with many new flavours and products. We have almost doubled our shelf space for them.”

At McEwan Yonge & Bloor, a gourmet food retailer in Toronto, store manager Robin Sukhram finds cross-merchandising works well. “For example, we’ll promote nut butters with artisanal baked breads to build a story for clients. They tend to pick up both when they see them displayed together. We also support plenty of sampling, accompanied by nice, big displays so clients can buy right on the spot.”

Meanwhile, Gay Lea Foods is testing whether or not customers will buy its flavoured butter rolls in the deli section of supermarkets. “It’s something we’re looking at,” explains London. “It’s a different buying occasion, a different mix of products that consumers are looking for in that section.” The company has also updated its packaging and given it a contemporary look. “It’s time to update the butter category.”

Given the innovation in butters and spreads of all descriptions, they’re clearly leading the way as one of the hottest food trends to start off a fresh decade.