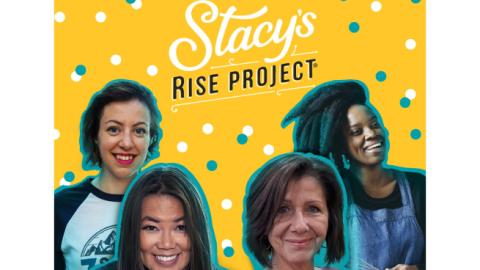 What: The company has introduced its inaugural Canadian Stacy’s Rise Project class, a grant and mentoring program for women entrepreneurs.

For the first time, the Stacy's Rise Project opened its applications to women founders based in Canada, expanding the program beyond the U.S. with the help of Women's Enterprise Organizations of Canada (WEOC).

To kick off its first-ever Canadian class, the Stacy's brand is recognizing four women founders across Canada:

With the support of WEOC, the grant recipients were selected from applications received from across the country. Each founder will receive a $15,000 grant, and gain access to mentorship with PepsiCo Foods Canada and Frito-Lay leadership.

In addition to the grant, these women entrepreneurs will participate in a mentorship program where they will be paired with PepsiCo executives for one-on-one counseling. They will also have the chance to participate in a peer group with other participants to build their personal network and access training opportunities led by industry experts.

As an official sponsor of the 2023 Sundance Film Festival, Stacy's Pita Chips will release Rise – a short film that will screen during the event.