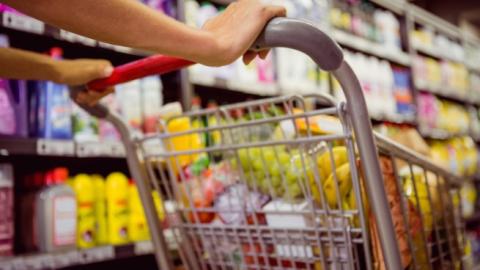 Placement is everything when it comes to healthy food shopping, a newly published U.K. study suggests.

Research from the University of Southampton shows that removing confectionery and other unhealthy products from checkouts and the end of nearby aisles, as well as placing fruit and vegetables near store entrances, prompts customers to make healthier food purchases.

The study, which was published in the peer-reviewed journal, PLOS Medicine, earlier this month, was conducted in partnership with U.K. supermarket chain Iceland Foods Ltd. The grocery retailer is a discount chain specializing in frozen foods.

To conduct the study, researchers altered the layouts of three Iceland stores, and compared participants’ loyalty card data to three control stores, from April 2016 to March 2017. The participants (150 in total) were women 18-45, who regularly shopped at one of the study stores.

In the altered stores, the produce section was expanded to increase the availability of fresh fruits and vegetables, and it was positioned near the store entrance. All “unhealthy foods” (chips and cookies), but mostly confectionery (chocolate, sweets or candy) were removed from checkouts and end-of-aisle displays and replaced with non-food items like toothpaste, cleansing wipes, tissues and painkillers. The confectionery section was moved to the last aisle of the store.

The study notes that while many supermarkets do place fresh fruits and vegetables near the store entrance, a number of discount and small supermarket chains do not.

“Altering the layouts of supermarkets could help people make healthier food choices and shift population diet towards the government’s dietary recommendations,” said study co-author Christina Vogel, principal research fellow in public health nutrition, at Southampton University, in a news release. “The findings of our study suggest that a healthier store layout could lead to nearly 10,000 extra portions of fruit and vegetables and approximately 1,500 fewer portions of confectionery being sold on a weekly basis in each store.”

The study comes out ahead of the U.K. government’s new anti-obesity measures that take effect in April 2022. The new rules prohibit retailers (over 2,000 sq. ft.) from offering multi-buy promotions on unhealthy products. These promotions will also no longer be featured in key locations, such as at checkouts, store entrances, and aisle ends, as well as their online equivalents (e.g. home pages and payment pages).