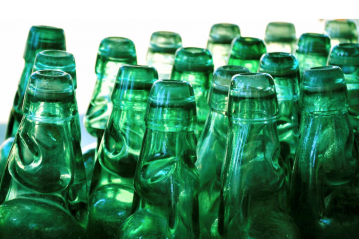 A tax on sugary drinks would “go far” in reducing death, disability and health care costs in Canada, according to new research by the University of Waterloo.

Commissioned by leading health organizations including the Canadian Cancer Society, the Childhood Obesity Foundation and Diabetes Canada, The Health and Economic Impact of a Tax on Sugary Drinks in Canada report, concludes that a 20% excise tax on sugary drinks would save more than 13,000 lives over the next 25 years. It will also prevent:

The research also says the proposed tax will create $11.5 billion in health-care savings over the next 25 years, as well as government revenue of $43.6 billion (an estimated $1.7 billion per year).

Researchers predict a tax will produce a “direct benefit” to Canadians’ health, with almost 500,000 disability-adjusted life years (the number of healthy life years lost because of poor health, disability or early death) being prevented.

Calls for the implementation of a so-called “soda tax” have grown louder in recent years, as obesity rates continue to rise. According to the Canadian Obesity Network, one in four adult Canadians and 10% of children now have clinical obesity.

In October, the World Health Organization issued a report stating a soda tax would raise the retail price of sugary drinks and lead to decreased consumption, reducing obesity and other illnesses. The organization says more than 500 million people worldwide are now obese.

Last year, several U.S. cities including Philadelphia, San Francisco, Oakland and Boulder voted in favour of a tax on sugary drinks. Mexico introduced a soda tax in 2014, leading to an average drop in sweetened beverage sales of 12% per household by the end of the year, according to a report in the Los Angeles Times.

Canadians purchased an average of 444ml of sugar-sweetened beverages per day (including 100% juice) in 2015, according to the University of Waterloo's research. While sales of non-diet soft drinks, fruit drinks and 100% juice declined on both a volume and per-capita basis between 2004 and 2015, according to Euromonitor International data, those decreases have been offset by the emergence of new categories including energy drinks (+638%), sweetened coffee (+579%), flavoured water (+527%) and drinkable yogurt (+283%).