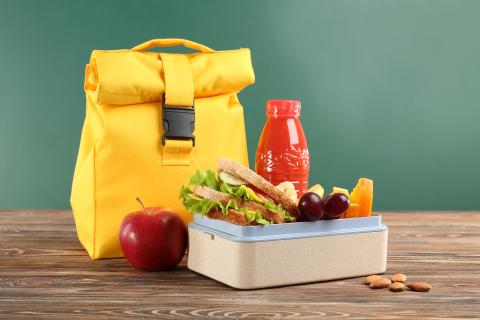 Canadian parents have once again identified Walmart as their preferred destination for food shopping for their child’s school lunches, according to Field Agent Canada’s annual back-to-school survey.

The app-based survey of 451 parents of children entering grades K-12 this fall found that 76% plan to shop for lunch items at Walmart, placing the retail giant ahead of Costco (70%) and Real Canadian Superstore (62%) as the leading choices for back-to-school food shopping.

While the rankings remain unchanged from the 2020 survey, the top three retail destinations all saw an increase in the percentage of parents indicating they planned to shop at their stores this year.

Walmart jumped slightly from 72% last year, for example, while Costco went up from 62%. Real Canadian Superstore saw the biggest year-over-year increase, going up from 50% in the 2020 study.

“We’re seeing those bigger players get an even bigger piece of the pie,” said Field Agent Canada general manager Jeff Doucette, who attributed the increases in part to the retailers’ ability to offer shoppers a one-stop shopping experience, enabling them to purchase everything from school supplies to clothes in one place.

The Sobeys/Safeway/IGA banners also ranked among the leading choices for Canadians, selected by 56% of respondents. They were followed by No Frills/Maxi (52%), the Loblaws Market banners (44%) and Dollarama (29%).

Nearly one-fifth of respondents (18%) also said they planned to purchase food items from Amazon, with the online giant continuing to chip away at the dominance of traditional grocery retailers (12% of respondents listed Amazon in the 2020 study).

Doucette said consumers’ increased comfort in shopping with Amazon during the pandemic, coupled with the fast and free shipping offered to Amazon Prime members, is likely a key factor in its growth. “If I’m ordering non-food items from Amazon, it doesn’t take anything to add in a 48-pack of granola bars or juice boxes,” he said. “I’ve already paid for my Prime membership.”

Asked to identify what types of foods their child’s lunches would likely contain, 83% of Canadian respondents said fresh or packaged fruit, followed by a sandwich or wrap with meat (80%), snack bars (79%), fresh or packaged vegetables (78%) and water (78%).