Since the partnership was formed in 2001, Coca-Cola has managed bottling, marketing, and distribution for Nestle's Nestea brand in as many as 52 countries. As each organization's brand aspirations changed, Nestle sought internal development and more brand ownership. Terminating the agreement reduces Coca-Cola into a distributor for seven markets (Canada, Spain, Portugal, Andorra, Romania, Hungary, Bulgaria) and returns business management to Nestle across all other regions. There is no doubt both companies see potential in RTD tea, but how will each company grow its business? And will Nestle seek full control for the remaining markets at a later date?

One only needs to look at markets where Nestle already manages Nestea to understand the company's intentions. Nestle began a turnaround effort for Nestea, which included the launch of healthier items and updated branding. The innovation pipeline churned out fruit-flavoured teas, brewed teas and reformulations. The Nestea logo was re-designed and the packaging updated with a wider mouth and easier bottle grips. The brand launched an integrated marketing campaign borrowing equity from its "Nestea plunge" platform that debuted in the '70s." With Nestle, the tea brand enjoys elevated focus and importance while facing less competition for funding and support.

Coca-Cola's plans for growth shifts into renewed support for its own tea brands. Unlike the joint venture splitting Nestea's management across two companies, Gold Peak and Honest Tea are brands acquired and integrated to the Coca-Cola family. Both brands benefit from greater attention, especially Gold Peak. Following Nestea's departure from Coca-Cola's portfolio, Gold Peak gained stronger innovation support with recent announcements of ready-to-drink tea lattes and coffee. Without a doubt, innovations will receive advertising and promotional support, so Gold Peak will soon see a spike in activity and market awareness.

In Canada, the question is, when will Nestle seek full ownership of Nestea? Coca-Cola Canada is releasing three Gold Peak Tea SKUs and that is a signal the organization is preparing for Nestea's departure. Unlike other markets where Gold Peak is available, the three Canadian SKUs compliment the Nestea portfolio. It may be most beneficial for Nestle to have Nestea ownership where the brand will receive the necessary support to grow. After all, other geographies have proven the growing RTD tea market can sustain Coca-Cola, Nestle, and many more competitors. The ultimate benefactor is the consumer, who will have choice to suit their refreshment needs. 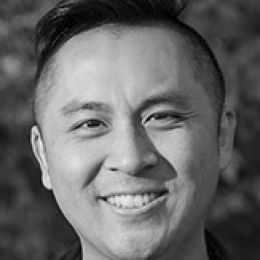