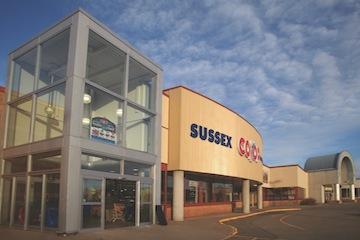 Members of Co-op Atlantic have voted in favour of selling the company’s food and gas wholesale and retail business to Sobeys.

The vote was ratified during a conference call last night that involved representatives from around 60 co-ops that together own Atlantic Co-op.

Co-op Atlantic, based in Moncton, N.B., will now finalize the sale to Sobeys, a process that could take several months, according to company officials.

“Both sides are working as fast as possible to get it done,” Mike Randall, spokesperson for Co-op Atlantic, told Canadian Grocer this morning.

The sale to Sobeys, which still requires Competition Bureau approval, includes inventory, wholesale assets as well as the majority of Co-op Atlantic’s 15 to 20 corporately owned supermarkets and gas stations. Speculation is that the supermarkets would be converted to the Sobeys banner.

But mainly the deal will allow Sobeys to expand its wholesale business in the Atlantic provinces by supplying Co-op stores that are owned by Co-op Atlantic’s members, including grocery stores under the Co-op banner.

“We know that Sobeys has been meeting with each of these stores to potentially enter into a wholesale agreement,” Co-op Atlantic interim CEO Bryan Inglis said in a press statement.

In addition to its Co-op stores, Co-op Atlantic supplies some 30 independent grocers under the ValuFoods and VillageMart banners and 60 independents under the Rite Stop banner.

Under the propopsed deal, Sobeys would also purchase these wholesale contracts.

In late April Co-op Atlantic asked its member-owners to ratify a plan to sell Co-op Atlantic’s entire food and gas retail and wholesale business to Sobeys, giving them until May 12 (yesterday) to vote.

At the time, a Co-op Atlantic spokesperson said that the organization's exit from food and fuel stemmed from “ongoing financial challenges for Co-op Atlantic in an increasingly competitive retail food and gas market.”

In the statement today, Co-op Atlantic said that it’s now also “conducting a full review” of its agriculture, petroleum and housing businesses.

The company’s exit from the retail and wholesale food and gas will result in some job cuts.

Inglis said that Co-op Atlantic will provide affected employees "counseling and resource services to assist them in finding a new opportunity.”

The decision to sell to Sobeys followed several months of review of the co-op's operations and finances.

In addition, two years ago, Walmart began to convert its discount stores in the Atlantic region to full-grocery Supercentres. In 2013 alone, Walmart spent $90 million to open nine Supercentres in Nova Scotia and New Brunswick.

This past January Walmart opened its first two Supercentres in PEI as well.

Grocers in the Atlantic have also had to deal with sluggish growth. Two years ago, sales for traditional grocery and convenience stores in the region fell 2.5 per cent. Last year they rebounded somewhat, rising 1.7 per cent.

Canadian Grocer estimates that Co-op Atlantic controls no more than six per cent of consumer packaged goods sales in the Atlantic region, whereas Sobeys’ and Loblaw’s share is likely 25 per cent to 30 per cent each.

This would be the third major purchase by Stellarton, N.S.-based Sobeys in the last four years.

In 2011 it purchased 236 retail gas locations and related convenience store operations in Quebec and Atlantic Canada from Shell Canada for $214.9 million.

As of 2014, Sobeys had 351 corporate stores and 70 franchised stores in the Atlantic provinces. Its banners there include Sobeys and Foodland for grocery, Needs for convenience stores and Lawtons for drugstores.