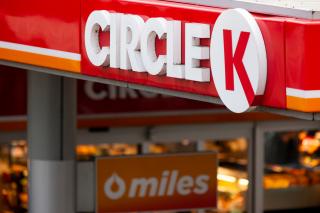 Alimentation Couche-Tard Inc. is extending its in-store fundraising campaign in support of Ukrainian relief efforts to the majority of its stores across North America.

In Canada and the U.S., the "You Donate, We'll Match" campaign, which launched in European stores earlier in March, invites customers to donate the amount of their choice at the cash register of any participating Couche-Tard and Circle K store. All donations made by customers will be matched by the company.

Donations will go directly to the Canadian Red Cross and American Red Cross, which are supporting the work being done by Red Cross teams in Ukraine and neighbouring countries. Through its global campaign, Couche-Tard aims to raise $4 million across its network to help Red Cross' relief efforts.

"In our European stores, we have already seen a great outpouring of generosity from customers in support of the "You Donate, We'll Match" campaign. By extending it to thousands of stores in North America, we hope to continue to raise as much funds as possible to support the Red Cross with its work in Ukraine and neighboring countries," said Alex Miller, EVP, operations, North America, and global commercial optimization, Couche-Tard.

Circle K, the primary global brand of Couche-Tard, has a strong presence in Eastern Europe with more than 6,500 team members and 600 stores located in Estonia, Latvia, Lithuania and Poland. Since the outbreak of armed conflict in Ukraine, Circle K teams have worked with various partners to provide fuel, free meals, shelter, and essential products for those displaced by the crisis.

In Quebec, Couche-Tard has joined a group of 18 companies that have committed to sponsor up to 1,000 families affected by the crisis, offering them jobs and means of support until the situation stabilizes. For its global employee base, the company has also opened a fundraising website for team members who wish to donate to the Red Cross efforts for those displaced by this conflict.