The cultural concepts of thrift, frugality and waste avoidance are engrained among many Canadians. In fact, the notion of “a penny saved is a penny earned” is often viewed as exemplary and principled.

The data reveals that these consumers, because of economic circumstances, have different habits when it comes to assessing value for money spent and saving money. In fact, these individuals are less likely to participate in couponing activities, perhaps with less time and fewer resources to aggressively hunt for deals. Ongoing tracking reveals that less than half of those living in modest income households (42%) used a coupon in the past three months, though usage rates did increase 12% when compared to the previous three-month period.

Beyond the time and effort required to use coupons successfully, we evaluated whether those in modest income households engage in other promotional activities. Here’s what we found:

When evaluating distinguishing behaviours among this group, per capita consumption rates of fresh food items are considerably lower among modest income consumers when compared to individuals in higher income households. In fact, they consume less fresh meat and fewer fresh fruits and vegetables, in part, due to the higher cost of these products. Conversely, they do, however, consume more frozen food options and this is driven by value.

While Canadian grocery retailers continue to strategize how to provide value to all shoppers, it is important to understand how to target those in the modest income tier to grow your customer base. Consider the following strategies:

It’s worth noting that the share of Canadians who now reside in modest income households, and who are required to weigh food and beverage expenditures against other necessary expenses, may be larger than previously thought. And while these shoppers are price sensitive, their sheer size and loyalty to retailers who can crack the price, convenience and selection code will undoubtedly be rewarded as we continue to wade through inflationary headwinds and rising prices.

Kathy Perrotta is a VP of Marketing with Ipsos Canada and leads the FIVE service, a daily diary tracking of what individuals ate and drank yesterday across all categories/ brands, occasions and venues. Read More 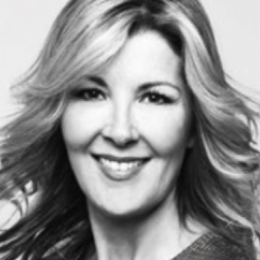