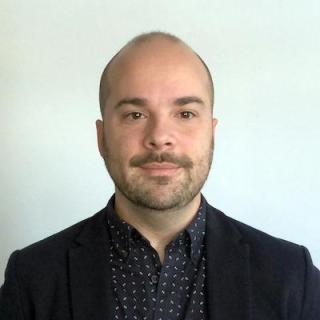 EnsembleIQ, the parent media company of Canadian Grocer, has announced a new promotion in its leadership. Derek Estey will become the company’s new executive vice-president of operations.

In the new role, Estey will oversee the workflow, processes and communication of EnsembleIQ’s 20-plus brands in retail, healthcare and technology. Specifically, he will oversee event and digital operations, graphic design, BrandLab and print production.

“Derek’s proven track record of driving improvements to assure cohesive fulfillment of customer needs across EnsembleIQ brands and product offerings in Canada and the U.S. will further enhance the company’s events business,” said Jennifer Litterick, EnsembleIQ’s CEO. “Following years of significant changes in how retail, healthcare and technology executives and suppliers throughout North America share information and establish connections, it’s essential for EnsembleIQ to continuously evolve how we fulfill those needs.”

Estey, who is based outside of Toronto, joined the EnsembleIQ team in 2015 as part of the company’s acquisition of Fulcrum Media, where he had been an employee since 2006. He initially managed print production and design for EnsembleIQ’s Canadian brands. In 2018, Estey’s responsibilities were expanded to include oversight of those areas for the entire EnsembleIQ enterprise, including brands based in the U.S.

Adding new members to your team? Getting a promotion? Starting a new job? Retiring? Let us know. Send your submissions to online editor Kristin Laird. Please include a headshot when possible.