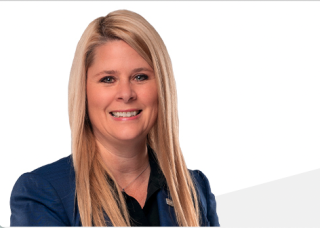 The appointment of the new CEO follows the retirement announcement of Scott Banda, who held the position for 12 years.

“On behalf of the FCL Board, it is my privilege to announce the appointment of Heather Ryan as CEO. Heather will be the first woman to serve as CEO in company history,” said Sharon Alford, president/chair of the FCL Board. "As a Board, we feel we have found the right person to lead FCL and steward our Co-operative Retailing System into the future. Heather is a proven leader with a wealth of experience and impeccable credentials, and we have total confidence in her leadership.”

Ryan joined FCL in 2013 and became a member of the FCL senior leadership team in November 2015 when she was appointed to the position of vice-president, human resources. In August of 2021, she took on a new role as VP, supply chain.

As CEO, Ryan will lead a team of approximately 3,200 FCL employees located throughout Western Canada. She will work closely with the 160 independent local co-operative associations that comprise the Co-operative Retailing System and who own FCL.

“It is a tremendous honour to be appointed CEO of FCL,” Ryan said in a statement. “FCL has been doing business and supporting local Co-ops across Western Canada for more than 90 years. The opportunity to lead an iconic company that plays such a vital role in communities across Western Canada is truly humbling. Together, with my colleagues across the Co-op System, we will build on our historic legacy while actioning our vision for the future.”

Prior to joining FCL, Ryan was employed by the Saskatchewan Research Council as the manager of organizational development, and prior to that she worked at POS Bio-Sciences where she held various positions.

She has also served as a board member with both the Agriculture Council of Saskatchewan and FoodTech Canada, and currently serves as chair for the Saskatoon City Hospital Foundation Board and also serves as a director for both the Greater Saskatoon Chamber of Commerce and the Co-operative Superannuation Society (CSS).