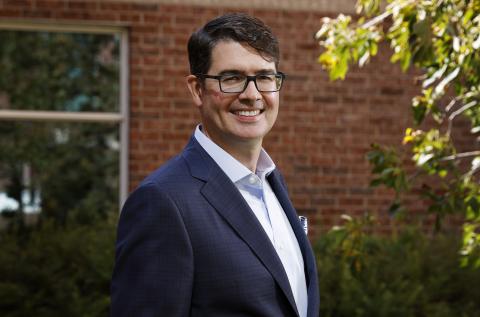 Giant Tiger president and CEO Paul Wood has been named Distinguished Canadian Retailer of the Year by Retail Council of Canada.

The annual award recognizes a retail leader who has led their company to outstanding business success and innovation, and, who has consistently demonstrated community commitment and support.

Wood has spent the bulk of his career at Giant Tiger, working his way up from his first role with the company as senior accounting manager in 2003.

He took on the president and CEO role in September 2020—taking over from retiring CEO and founder, Gordon Reid—hot on the heels of becoming president and COO one year earlier.

“RCC is excited to recognize Paul Wood for his continued success in an ever-changing retail sector,” said Diane J. Brisebois, president and CEO, Retail Council of Canada, in a press release. “His leadership at Giant Tiger has been outstanding in helping the organization grow roots in communities across Canada.”

Wood will be presented with his award during RCC’s Excellence in Retailing Awards gala in Toronto on May 31.