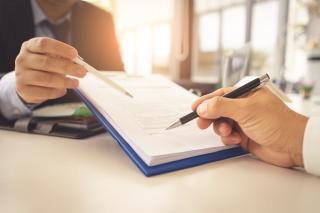 A group of associations representing food producers and retailers has agreed to work together to develop a food industry code of practice, a collaboration one industry insider is calling a "breakthrough" for ensuring a reliable and affordable food supply in Canada.

The associations have come together to form the Canadian Food Industry Collaborative Alliance to develop a framework for food industry leaders to develop the code.

The move follows the creation of a working group by federal, provincial and territorial agriculture and food ministers last year to look at the grocery industry, including the imposition of unilateral costs on suppliers, fining suppliers for shortages and offloading operating costs onto suppliers.

The industry alliance, which includes the Canadian Federation of Independent Grocers, the Canadian Produce Marketing Association, Food and Beverage Canada, the Retail Council of Canada and others, say a code of practice would help ensure transparency and contractual certainty in commercial transactions.

It would also promote fair dealings in negotiations, particularly where there is a significant disparity in negotiating power and provide an effective dispute resolution process.

"We are all committed to supporting a strong food supply chain in Canada and ensuring that small, mid, and large companies can continue to grow within the food sector," said Diane J. Brisebois, president and CEO of the Retail Council of Canada.

"There's been a lot of coverage of some of the disputes between very large grocers and large (consumer packaged goods) manufacturers. There's been a proposal about a regulated code and so we decided as a group of associations to come together and see if we could find a solution that would bring everybody to the table to discuss what needs to be fixed."

The code of practice would not be embedded in regulation but participation would be mandatory, according to a press release issued by the alliance.

Then in March, Empire Company Ltd., the parent company of Sobeys and Safeway in Canada, and Food, Health & Consumer Products of Canada, which represents food manufacturers agreed to a draft grocery code of practice they say takes aim at unfairness in the market.

The proposed code put forward by Empire was panned by the Canadian Federation of Independent Grocers for its failure to mention small, independent grocery operators.

But Gary Sands, senior vice-president of public policy for the Canadian Federation of Independent Grocers, said the organization supports the new alliance and its commitment to develop a code.

"This is a big breakthrough because now you have bigger chains aligning with the smaller players to say we need this," he said.

"It's now no longer a question of if we'll have a grocery code, it's when."

Sands added: "The code has to be a collaborative process and has to be inclusive. All the industry has to be involved in developing it to get that buy in."