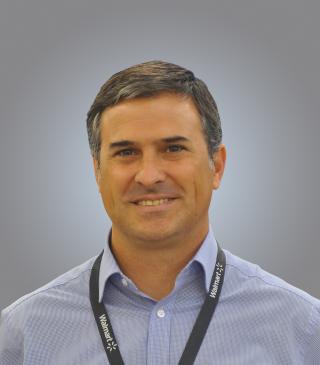 JP Suarez is taking over leadership of Walmart Canada on an interim basis, following the recent departure of the company’s former president and CEO Horacio Barbeito.

With Walmart for 18 years, Suarez is currently EVP, chief administration officer and regional CEO for Walmart International—overseeing performance and strategy for the South African retail chain Massmart, as well as country operations in Chile and Canada.

Walmart said in an announcement that it would name a new Canadian CEO in the near future.

The retail giant announced Barbeito’s departure earlier this month, stating that he was leaving the company for an outside opportunity after three years as president and CEO of its Canadian operations.

This week, the fashion retailer Gap Inc. announced he was taking over as president of its Old Navy division effective Aug. 1.

Barbeito joined Walmart as a trainee buyer in Argentina, and spent a total of 26 years with the company in increasingly senior roles. He was president and CEO of its operations in both Argentina and Chile prior to assuming the Canadian leadership role in 2019.

In the announcement, Walmart said Barbeito led the company through the pandemic while “driving an agenda of wellness, innovation, and regeneration.” Under his leadership, the company invested in stores, associates, supply chain and e-commerce.

“My time at Walmart has given me a unique opportunity to meet, serve and work with an amazing and diverse group of customers and associates – and to build lasting memories and friendships,” said Barbeito. “I couldn’t have done all this without the unconditional support of my family, my wife and our four children. We will always be a Walmart family.”

Adding new members to your team? Getting a promotion? Starting a new job? Retiring? Let us know. Send your submissions to senior digital editor Kristin Laird. Please include a headshot when possible.