Metro is bringing the stories behind local products to life with a new summer campaign.

As part of its Locally Sourced program in Ontario, the grocery retailer is highlighting 40 local vendors, both in-store and on Metro social channels. Through videos and bios, customers learn how each of the vendors got started and what supporting local means to them.

The goal of the campaign is to show the importance of local suppliers and encourage customers to continue to support local. The campaign runs until August 18. Throughout the year, Metro is also providing recipe inspiration to get people to shop local all year.

Metro developed the Locally Sourced program in 2016. There are currently 150 suppliers in the program, with around 800 products.

“There’s been strong consumer interest in supporting local foods for a while, but with the pandemic, the whole trend was accelerated,” says André Gagné, VP of fresh merchandising at Metro.

The retailer’s own research found interest in supporting local products increased from the 50% range to 66% during the pandemic. “We put extra resources into marketing the Locally Sourced program this year because of the data and the consumer interest in locally sourced products,” says Gagné.

Some of the vendors featured in the new campaign include Bert Mucci of Mucci Farms in Kingsville, Ont.; Terry and Kaitlyn Irwin of Irwin Maple Products on St. Joseph Island, Ont.; and Jenna Empey of Pyramid Ferments in Prince Edward County, Ont.

Not all products are available across Metro stores—they’re truly close to home. Gagné says when Metro created the Locally Sourced program, it divided Ontario into seven regions. The stores in each region carry products from their own region, making the selection relevant to shoppers.

“We really want our customers to recognize products that come from their area,” says Gagné. “For example, in each of the seven regions, we have a honey producer and a maple syrup producer. We could have easily picked one or two and put them in all our stores, but we didn’t.”

While some products are sold in all Metro Ontario stores, Gagné says: “The program is really an opportunity for smaller regional businesses to grow and try and take their business to a different level.”

Retailer is putting small, local brands in the spotlight at 150 stores 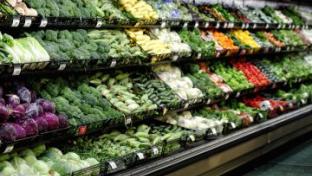