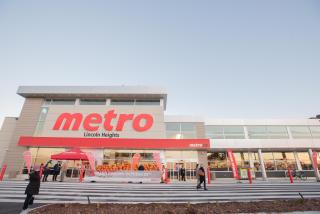 Metro Inc. reports its first-quarter profit and sales climbed compared with a year ago, despite challenges caused by rising inflation.

The Montreal-based grocery and drugstore retailer says it earned $207.7 million or 85 cents per diluted shared for the 12-week period ended Dec. 18, up from a profit of $191.2 million or 76 cents per share in the same quarter a year earlier.

Sales in the quarter totalled $4.32 billion, up from $4.28 billion in the same quarter last year.

"The rapid spread of the Omicron variant since the end of the quarter has caused challenges in our operations," he said in a statement on Tuesday.