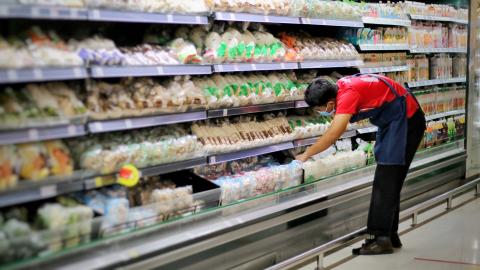 One industry group has expressed concern that the Ford Government’s decision to increase minimum wage was made without consulting key stakeholders, and will cause food prices—which have already been skyrocketing this year—to rise even more.

The wage increase of 65 cents, to $15 an hour, will take effect on Jan. 1. It comes after Premier Doug Ford initially scrapped the former Liberal government’s plans to raise the minimum wage from $14 to $15 per hour after taking office in 2018.

Groups contacted by Canadian Grocer, including the Retail Council of Canada and the Canadian Federation of Independent Grocers, said their biggest complaint about the wage hike is that it arrived with no notice, and was undertaken without consultation. (Food, Health & Consumer Products of Canada declined to comment.)

Gary Sands, vice-president of government relations for the Canadian Federation of Independent Grocers, said increased costs have a disproportionate impact on certain sectors. “I would put [grocery] in that category,” he said.

Sands expressed displeasure that the wage hike was implemented without any meetings with key stakeholders. “I found it disconcerting that there was no consultation,” he said. “The biggest problem is that increase needs to have some context, and for us in the food industry, that’s what we would have raised had we been consulted.”

Sands said the wage hike compounds some of the significant challenges the industry is currently facing that have already contributed to food inflation, including supply chain issues, rising gasoline costs and labour shortages.

“There’s no grocer out there that can continue to eat operating costs in perpetuity,” said Sands. “Now you add in another minimum wage increase? That’s the concern we have.”

It’s challenging for a sector already operating on razor thin margins, he added, warning that the increased costs for grocers will inevitably make their way to consumers—who have already endured continued price increases for grocery staples such as meat, milk and eggs.

“There have been at least four increases in egg prices, including some that have been significant [over the past 18 months],” said Sands. “I know there was one last year that was about 21 cents.”

Sands suggested the Ford government should have at least contemplated pushing the timing of the increase until industries such as grocery have fully absorbed and emerged from the business challenges created by the current issues.

“My frustration is that they really would have gotten a better understanding of the impact of this if they had taken the time to consult and just taken a closer look at what’s happening in each sector,” he said.

The Retail Council of Canada suggested the wage increase was more in line with the cost of inflation and therefore easier for businesses to deal with compared to the minimum wage hike imposed by the Wynne Liberals, which raised the minimum wage from $11.60 to $14 per hour over a period of several months in 2018.

“Although any increase will have an inflationary effect on labour costs and ultimately on consumer pricing, a 4.5% increase in the minimum wage is not vastly above the current rate of inflation,” said the RCC’s national spokesperson Michelle Wasylyshen in a statement..

“We know that today’s announcement could be challenging for those retail businesses that are struggling to recover from the pandemic, and would have preferred more notice,” she added. “But the key issue from our perspective has always been predictability and lead time so that businesses can plan accordingly.”