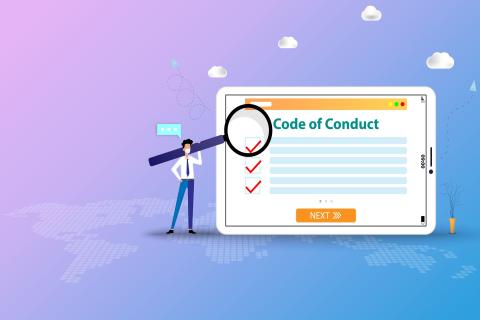 Grocery leaders say they have made significant progress in their efforts to create a new code of conduct, but with some heavy lifting still to be done on key issues they’ve set a new November deadline to arrive at a finished proposal.

A new progress report from the 10-person steering committee drafting the code says talks have reached a “critical juncture” on some important issues like scope of the code, fines and fees, delisting, and cost price increases.

If those issues can’t be resolved by November, the committee said it could ask the federal, provincial, and territorial (FPT) ministers of agriculture to “actively engage in the process and to assist in guiding the code to its conclusion.”

Though progress has been made on some important issues, the report revealed other issues require more discussion with key players. These include:

“Failure to resolve or find common ground specific to the points listed above is noteworthy,” the committee wrote in the report presented to the FPT. “We are currently at a critical period within the code of conduct development process. Unless there is progress on the points noted above, we will not achieve the alignment necessary to move forward.”

While saying he remains optimistic they will reach an agreement, it's important to let the Ministers know there is still work to be done on some of the “meatier issues,” but they are determined to finish in the coming months, said Michael Graydon, CEO of Food, Health & Consumer Products of Canada, and co-chair of the steering committee.

“I think there is a keen interest from all stakeholders that are at the table to get this done, and everybody is working very hard to do so,” said Graydon. “I think the gaps that we have in a couple of areas are not insurmountable… they are things that we can get through. It's a matter of everybody's going to have to make an element of compromise.”

Setting a deadline provides a “line in the sand” for everyone to be aware of and work toward, while the steering committee also wanted the FPT ministers to be aware that some issues are a work in progress.

Gary Sands, CFIG’s senior vice-president, public policy and advocacy, and also part of the steering committee, agreed the group had made real progress on key issues like fair and reliable supply for independents, and the need for more transparency and fairness in the industry as a whole. However, there are still “significant issues” that need work to arrive at consensus.

“This is a complex, interconnected and interdependent industry. So arriving at a consensus is not going to be easy,” said Sands. “We never thought it would be easy, but it’s better to get this right because it’s better to have no code, than to have a bad code.”

But both Sands and Graydon believe a different approach to the discussions, one that is less adversarial than in the past, should allow them to find the compromises they need to resolve the outstanding issues.

“I believe all the participants in this process have some different views on some issues, but we all share the desire to reach that common objective of helping our industry do better in how we deal with each other,” said Sands. “It’s worth noting that the process of developing a code has meant we have people in the industry talking to each other, as opposed to talking about each other.”

The overall tone of the conversations has been very positive even when there are disagreements, which are inevitable when trying to create such a complex agreement, said Graydon.

“I think the relationship between the supplier community and large retailers certainly got off-side over the last few years. And to a certain extent, both sides stopped listening to each other in regard to the issues they had,” said Graydon. “And this has provided a great forum for people to listen and sort of gain a bit of a better understanding of some of the challenges.”