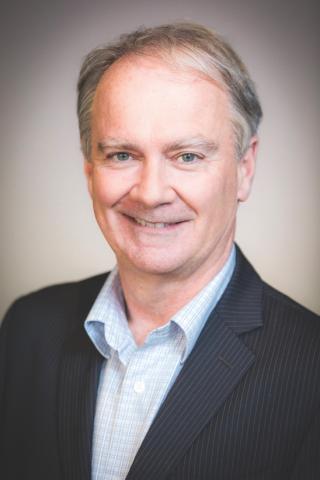 A deafening silence from Canada’s small and medium-sized business community greeted the failure in Chrystia Freeland’s Budget 2022, to deliver on a commitment made in her budget last year, to provide relief from the estimated $10 billion or more that are syphoned out of their collective pockets, annually, in high credit card interchange fees.

As retail grocers know all too well, many Canadians are not aware that in the opaque payments industry, for every credit card transaction made, an interchange charge—commonly referred to as a “swipe” fee—(and in this context an entirely appropriate synonym) is paid by the merchant. These fees, which as the Budget noted, “are amongst the highest in the world,” take an enormous bite out of the bottom line of small- and medium-size businesses in Canada. At the same time, inexplicably, these businesses pay higher fees than big corporate giants, putting our small and medium size businesses at a distinct competitive disadvantage.

The banks and credit card companies, in their well-honed rendition of a Greek chorus, have wailed that any reduction in swipe fees would jeopardize the reward points consumers enjoy, which are funded by those billions in swipe fees. It should be noted, however, that the lower swipe fees enjoyed by big business, has no impact on the loyalty points for their customers, who use the same credit cards, to conduct the same transactions, as they would in a small business.

Just a few years back, VISA and Walmart engaged in a public spat over what Walmart felt was for them, unfair swipe fee rates.  Walmart stopped accepting Visa Cards at some locations, prompting Visa to counter with full-page ads claiming that to give in to Walmart’s demands for even lower fees, would be allowing them to be “using their size and scale to give themselves an unfair advantage.” When Visa and Mastercard subsequently ended up making a deal, undoubtedly replicated for other large corporate entities who were watching from the sidelines—the end result was exactly what Visa said it would be—Canada’s small- and medium-size businesses were put at a competitive disadvantage.

It is also very clear that the payments landscape that existed during the time of the Visa-Walmart spat, is decidedly different than the one that exists now and will exist in the post-pandemic world. COVID has resulted in a massive consumer migration away from cash to credit cards and online transactions. This further compounds the already significant pressures that our small and mid-size businesses are facing as they seek to rebuild from the economic damage inflicted by the pandemic.

Bear in mind that these same businesses have also invested in the bricks and mortar of physical store locations, buying and hiring locally, supporting the communities they themselves live in. These businesses also shoulder the burden of a plethora of regulations, fees, local taxes and significant labour challenges that, for the most part, are not felt by e-commerce giants.

All of this makes the hesitancy by Minister Freeland to see Main Street receive the same breaks afforded to Bay Street, inexplicable.  Following relentless pressure from the Canadian Federation of Independent Grocers over many years, the government finally made a commitment last year to ensure small- and medium-size businesses interchange fees would “… benefit from pricing that is similar to large businesses.”  This was followed up by a consultation in the fall of 2021 where specific questions were posed to business trade associations. At no time was it communicated that a Sisyphus-like consultation process was needed. Besides which, exactly what information does the government need that has not already been discussed and dissected over the course of the many years that these fees have been an issue?

According to the government, affordability for Canadians and stimulating growth opportunities for businesses were top priorities in the budget.

When billions of dollars are carved off the bottom line of Canada’s businesses to enrich the coffers of credit card companies and banks, there is obviously a deleterious impact on affordability in many sectors such as, for example, the food sector.  As well, in terms of encouraging business growth, those billions in lost revenue actually inhibits business growth.

So, on both counts, tackling affordability and stimulating business growth, the lack of action on swipe fees in the recent budget was clearly a lost opportunity, at a pivotal moment as Canada transitions to a post-COVID economy.

The need to end discriminatory and arbitrary swipe fee rates imposed on Canada’s small- and medium-sized businesses is clear. The interests of those smaller businesses and the myriad communities they serve, must transcend those of flourishing banks and multi-national credit card giants. We are after all, supposed to be in this together. That should include the payments industry.