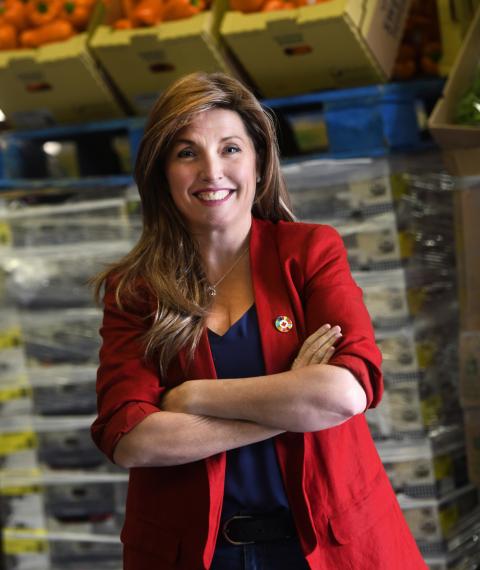 Lori Nikkel, chief executive of Toronto-headquartered food rescue charity Second Harvest, has been appointed to the Order of Ontario for 2021.

The Lieutenant Governor of Ontario will bestow the honour on Nikkel and 23 others at a ceremony on Nov. 21.

In her time with the organisation, Nikkel has scaled Second Harvest nationwide. Over the past 12 months, she has overseen the rescue and redistribution of 53.3 million pounds of surplus edible food to more than 3,700 non-profits across Canada.

"Lori embodies the highest level of excellence in her field. Under her leadership, Second Harvest's impact on food rescue and the environment is more outstanding with every passing year. We are very proud of Lori's achievements and believe this is a fitting recognition for her immense dedication and hard work," Jeff Hauswirth, chair of Second Harvest's board of directors, said in a statement.

Nikkel was recognized by the United Nations as Canada's Food Hero in 2020.

In 2021, she was named one of Canada's Most Admired CEOs by Waterstone Human Capital and was one of Canada's 2021 Women of Influence. She is also a Clean 50 winner and an inaugural Canadian Food Policy Advisory Council member.