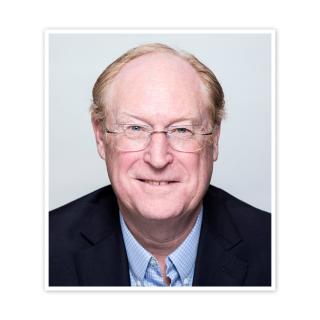 Although some would say the grocery business has always been tough, these past few years seem especially fraught. From natural disasters and blockades to wave after wave of COVID-19 disruptions and the soaring costs of doing business, grocers have had a lot with which to contend. We recently spoke to Tom Shurrie, president and CEO of the Canadian Federation of Independent Grocers (CFIG) and Giancarlo Trimarchi, partner at Vince’s Market and current chair of CFIG, about the current state of the industry. Here’s what they had to say about how independent grocers are holding up and the organization’s priorities in the coming months.

“Independents are well known for being nimble and being able to react quickly to changes as they come,” says Trimarchi, when asked how independent grocers have been responding to recent business challenges. “I think we’ve just had to dig deep on those entrepreneurial skills that a lot of us have.” At the end of the day, he adds, “independents need to make sure we understand what our businesses need to do to stay relevant and competitive.” Although he admits, this is easier said than done. At a time rife with disruption and higher costs, Trimarchi, a second-generation grocer with five stores north of Toronto, says independents are at a disadvantage because of their size, relative to their larger chain competitors. “You really have to evaluate who you are as an independent grocer—where you fit in, who you serve, and then make sure that’s where you’re putting all of your energy.”

Shurrie points to partnerships as an effective tool to tackle challenges. In the past year CFIG has been able to alleviate some supply chain pressures by working “hand-in-hand’ with other industry associations as well as government. “When we’ve had blockades or natural disasters like in B.C. [the devastating wildfires and floods of 2021] for example, we worked with the Canadian Produce Marketing Association and others to solve some of those issues as rapidly as we could,” he says. Trimarchi also credits the group’s strong Associate Member Council (AMC) for helping navigate supply chain issues. Comprised of manufacturers, he says the AMC provides a “doorway into the world of supply chains that otherwise we wouldn’t have as independent grocers.”

For years there have been calls to introduce a code of conduct for the Canadian grocery industry, similar to the codes that have been adopted in the United Kingdom and Australia. Such a code—which would establish rules around how food suppliers and retailers do business with each other—is, perhaps, closer to becoming a reality than ever before.

“The great thing that’s happened now is that the industry has come together at the table,” explains Shurrie, noting that representatives from 10 industry associations (the Food Industry Code of Practice Design Team) have been working on a proposed code since last summer. “The talks are going very well... people are trying to find common ground for how a grocery code can proceed.”

And how might a code of conduct make life better for independents? Trimarchi says he’s waiting to see the actual content of the draft code, but “ultimately, it’s all about creating a transparent and fair playing field.” He’s careful to draw a distinction between a “level” and “fair” playing field. “Levelling it or making it equal is something that I don’t think is a realistic goal, just because of the scale and size of our industry,” he explains. “But what I hope for is that it provides the rules of engagement so that we have transparent, fair dealings with our suppliers and vice versa. That can only lead to better, stronger relationships that will help grow our mutual businesses.”

No surprise then, that when asked what key issues CFIG would be focusing on in the months ahead, the code will be a big one. “We were one of the original groups pushing for a code, so that is the No. 1 issue this year that we are heavily invested in,” says Trimarchi.

The code is not the only issue CFIG has its eyes on. The battle to lower credit card interchange, or processing, fees, continues.

In 2020, the federal government brought some relief when it worked with credit card companies to reduce the interchange fee on each transaction from 1.5% to 1.4%. The pandemic, however, has pretty much erased any gains that were achieved. “The pandemic has showed us that the movement to cashless [transactions] has accelerated tremendously,” says Trimarchi. Because of consumers paying more with plastic, retailers are getting hit with more fees. It’s a problem that he says is disproportionately affecting independent grocers as the interchange fees are higher for smaller businesses—the big guys can use their clout to negotiate lower fees. “So not only are they doing more business, but they’re paying less, percentage-wise, on those transactions,” he says. “We think there’s an opportunity to really push right now and get some further reductions.” 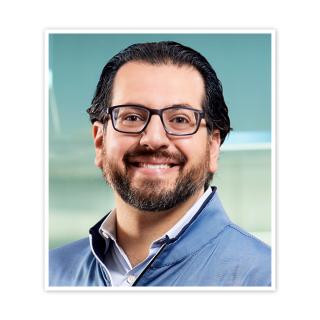 While the past few years have presented plenty of obstacles for independent grocers, there have been positive outcomes, too, such as the goodwill they’ve built up with customers in the communities they do business. “Coming out of what was an extremely challenging two years with COVID-19, has provided the opportunity for independents to ingrain themselves in their communities and really bring value,” says Trimarchi.

The opportunity now is for independent grocers to continue to serve their communities, he says. They can do this by staying relevant and continuing to evolve. “Really being connected to their business is the biggest opportunity that they have ... to be hyper-aware of what their customers are looking for and be nimble and deliver on that value proposition. A huge opportunity is to maintain that trust and market share that we have been able to grow in the last couple of years,” he says.

Trimarchi also notes that technology is making it easier for independent retailers and suppliers to do business, opening up another opportunity. For many years, it was scale and volume determining the ability of suppliers and independents to do business together. “As the chains got bigger and bigger and the independents kind of grew at their rates, a lot of times we were cut out of the mix, because it was just costly to do business with us directly,” he says. “But a lot of this technology has reduced a ton of those layers of cost to the point where I think there’s a tremendous opportunity in re-establishing those one-to-one relationships with manufacturers.”

CFIG is turning 60 this year, which begs the question: how does a six-decades-old organization maintain its relevance to indie grocers today? Trimarchi points to CFIG’s mandate to ensure it’s delivering value to its members. “It’s all about continuing to provide value and opportunities for members that they otherwise wouldn’t be able to get” on their own, he says. That means helping members to make connections in the industry and helping them to improve their businesses.

Shurrie, meanwhile, says staying relevant is achieved by what he calls a “feedback loop.” Constant input from CFIG’s members on what’s happening on the ground in their communities as well as from its volunteer AMC, “Helps us stay very relevant to the issues. And if we continue to keep that sustainable feedback loop happening...I think the next 60 years look pretty strong for CFIG.”

Trimarchi’s outlook is also positive. “We’re in a great industry,” he says, adding that “the more we’re connected to one another and engaged in our industry and learning and trying to get better, trying new things and being adaptable, the better it will be for us and the stronger we can grow as independents.”