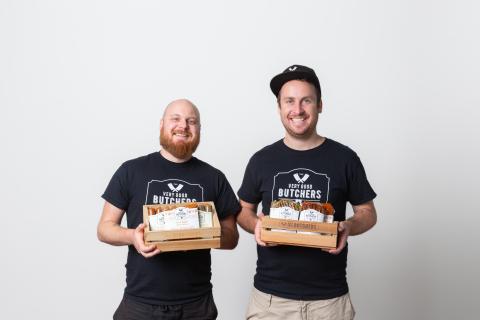 The Very Good Butchers is betting big on beans.

The plant-based food brand got its start at a farmer’s market on Denman Island, B.C. in 2016, and co-founders James Davison and Mitchell Scott opened a vegan butcher shop in Victoria, B.C. the following year. Following successful launches in e-commerce and grocery channels, The Very Good Butchers is on a mission to expand its footprint across North America and globally.

“We create high-quality meat alternatives out of real foods,” says Scott, co-founder and CEO of The Very Good Food Company. “Basically, we’re trying to show people that plant-based eating is approachable and it’s delicious. You can have a juicy burger or steak and not have to sacrifice anything.”

Today, the brand offers a wide range of vegan meat alternatives, including sausages, burgers, ribs, steaks and more. A selection of dairy-free cheese is also sold under The Very Good Cheese Co. brand.

The products are sold online in Canada and the U.S., and are in 1,200 grocery stores in Canada and around 500 in the U.S. “We’ve been in Canadian retail a bit longer, so we’re very established on the West Coast and are in pretty much all the big retailers like Save-On Foods, Thrifty Foods, and Whole Foods,” says Scott. “Out East, Farm Boy is a big one, we’re listed in some Thrifty's and we're working on securing listings at additional conventional grocers. Our focus has been to start with the smaller independents in the natural channel and then move to conventional retailers, so we’re now in the middle of that shift.”

Last spring, The Very Good Butchers moved into a larger flagship store in downtown Victoria, at around 1,700 square feet. “Our brick-and-mortar butcher shop has deli cases full of meat and cheese [alternatives], as well as a fast-casual restaurant and outdoor patio,” says Scott.

A 10,000-sq.-ft. location is opening in Vancouver’s Mount Pleasant neighbourhood this summer. “We’ll have the restaurant/butcher shop portion and customers will be able to see [our staff] making the products behind a glass wall,” says Scott. “There is also a mezzanine level where we will have our R&D innovation centre.”

In the long term, the plan is to have 10 to 15 retail locations around the world. “In terms of markets, we’re looking globally,” says Scott. “We will definitely jump over to Toronto and Montreal, but we’re also looking at L.A., New York and London—the big cities where there is a really strong plant-based community... We haven’t finalized any additional locations outside of the Vancouver one, but the idea is to open one or two a year.”

The Very Good Food Company makes its products in a 45,000-sq.-ft. production facility in Vancouver, which it moved into last year. “For the first four years, our big problem was we didn’t have enough product to meet demand, so we had to put retailers on a waiting list or pause our online store orders,” says Scott. “But now, we finally have the production capacity to support continued growth.” 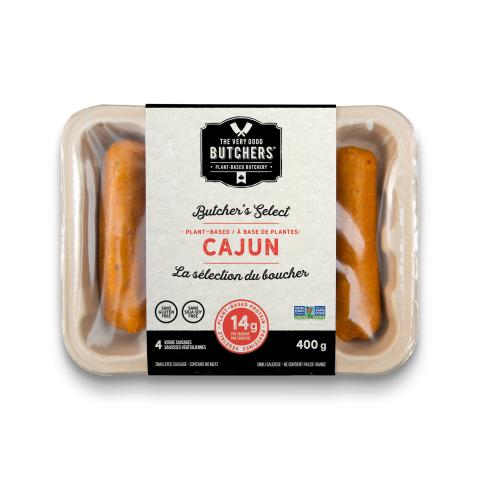 The Very Good Butchers has two product lines. Its original product line is more “veggie-forward,” says Scott. “It resonates strongly with our core customer base—vegetarians and vegans who are looking for a tasty alternative but not necessarily something that is super meaty and realistic.”

Last September, the brand launched its Butchers Select line, which includes items such as Bratwurst, Cajun sausages, and meatballs. “It’s our ultra-meaty line, which is targeted more towards flexitarians who are looking for the real [meat] experience,” says Scott.

While some signs point to a decline in demand for plant-based proteins, sales for The Very Good Food Company continue to climb. Last March, for example, the public company reported monthly sales hit a record high of $1 million. On the contrary, meat giant Maple Leaf Foods is reviewing its plant-based protein investments amid declining sales.

“I think a lot of consumers may not want to purchase [plant-based products] from some of the larger companies, or the offering itself isn’t that good to begin with,” says Scott. “Our focus is on putting out the best quality product that people are going to buy week in, week out.”