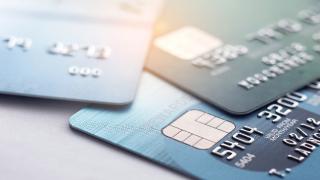 Monday’s announcement by the Canadian Federation of Independent Business (CFIB) that small businesses might be eligible to claim back up to $600 in credit card processing fees following a class-action lawsuit settlement with Visa and Mastercard is largely a symbolic victory for Canadian retailers, say industry experts.

A total of $131 million in compensation is available to retailers as a result of the settlement, and any business that accepted Visa or Mastercard as payment during the 20-year period between March 23, 2001, and Sept. 2, 2021, has until Sept. 30 to register for a share of the total.

These swipe fees can represent a “significant proportion” of any transaction, says Corinne Pohlmann, senior vice-president of national affairs for the CFIB in Ottawa. “This provides a little bit of relief from a settlement point of view,” she says, calling it an “important win” for small businesses.

However, some say the recompense for businesses is a pittance given how much they paid in fees to the card companies over those 20 years. “It’s not going to alter anyone’s financial position,” says Karl Littler, senior vice-president, public affairs with the Retail Council of Canada.

Gary Sands, senior vice-president of the Canadian Federation of Independent Grocers, is even more blunt. “Thirty bucks for a year of interchange fees is a joke,” he says. “What does a retailer do with that $30? Go out and maybe buy a nice bottle of wine, drink that and for a few hours forget about what [they] paid out over the last year in interchange fees? That’s about all I can think of.”

Swipe fees typically range from 1% for basic credit cards, up to nearly 3% for cards featuring a loyalty or cash back component. Those fees, which are shared between the card companies, payment processors and banks, have been described as a “silent killer” for independent retailers.

If credit card transactions accounted for 40% of annual sales for a company that did $5 million a year in business, for example, that means the industry average of 1.5% in swipe fees would amount to $30,000 a year. (Visa and Mastercard did not respond to Canadian Grocer's request for comment.)

The credit card companies collect as much as $10 billion a year in swipe fees, says Sands, a number that has only increased as consumers have increasingly adopted debit and credit for payment during the pandemic. According to Payments Canada, credit cards were used in 6.1 billion transactions totalling $569 billion in 2020.

The CFIB’s Pohlmann also noted that the settlement includes a modification to surcharging rules, which means that retailers will be allowed to pass on the swipe fee cost to consumers if they choose. This is something to which the credit card companies have long been resistant, says Pohlmann.

However, all of the industry representatives Canadian Grocer spoke with, including Pohlmann, say retailers choosing to pass the costs onto their customers is highly unlikely. “I suspect that most businesses are going to opt not to do that, unless of course they have no choice—[such as if] the fees start going up in a way they can’t absorb,” she says.

“I don’t expect it to be widespread,” Littler agrees, though he doesn’t rule out the chance of retailers passing the cost on to consumers in the future “I don’t think they’re there yet, but I think they could conceivably get there in the future,” he says. “Whether they can sustain that model is another question, but I think it’s hypothetically possible.”

“What small- or medium-sized grocer in Canada is going to roll the dice with their consumers by surcharging them for using a credit card when the chains aren’t?” he says. “Punishing the customer, and putting small- and medium-sized businesses at a competitive disadvantage is not a solution.”

The situation has been further exacerbated, he says, by the fact the federal government has been dragging its heels on multiple election-year promises to get companies to lower the swipe fees for smaller businesses, despite acknowledging they are among the highest in the world. “That’s the commitment they made, [and] we expect that commitment to be met,” he says.