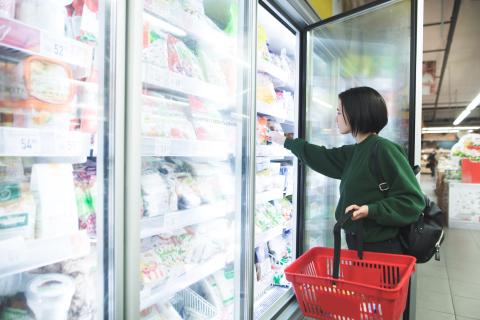 Turns out frozen foods did a lot of the heavy lifting in home cooking during the pandemic, especially among younger Canadians.

A new study from market research firm Caddle found that since the start of the pandemic, more gen Z and millennial consumers (33%) have increased their level of frozen food purchases compared to the general population (26%). In addition, more gen Z (24%) and millennials (21%) have increased their consumption of frozen meals compared to the rest of the population (16%).

Caddle’s report, “Stocking up in the freezer aisles: The pandemic’s effect on the frozen food category in Canada,” is based on the firm’s Daily Panel surveys of 8,500 Canadians, which were conducted over the course of the COVID-19 pandemic.

“The convenience factor is more of an influence for the younger population,” says Ransom Hawley, CEO of Caddle. “Gen Z consumers are more likely to eat [meals and snacks] that are more convenient for them, while millennials turn to frozen foods because they’re more time-pressed with young families.”

The Caddle report notes that while frozen foods were already popular before COVID-19 hit, the pandemic led to a sales explosion in several frozen categories over the last year. According to Statistics Canada, there were big gains in frozen vegetables (up 129% from March 2019), frozen fruit (up 117%), and frozen potato products (up 60%).

“It’s not surprising that the frozen food category is growing because people are taking fewer trips [to the grocery store],” says Hawley. In addition, with more ordering happening online, it’s easier for consumers to buy frozen foods than deal with issues that may arise from someone else picking their produce.

Among Caddle’s Daily Panel consumers, the top three most purchased frozen foods are vegetables (35.7%), pizza (21.6%) and fruit (16.3%). With sales continuing to heat up, the Caddle report makes a number of recommendations for brands and retailers to win the frozen food category. One takeaway is that assuming frozen aisles will need to grow to allow for increased traffic and greater assortment, they’re going to get messier and harder to shop.

On the manufacturer side, brands will need to figure out how to make their products stand out, which is especially important for new entries to the category. “Winning at shelf is very easy to say and very hard to do,” says Hawley. Ultimately, he adds, winning at shelf comes down to “knowing your customer and understanding why they shop and how they shop.”