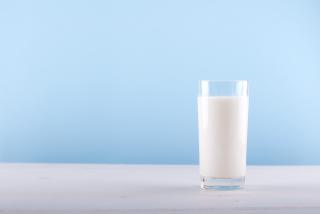 Dairy industry observers are raising concerns about a lack of transparency in how the price of milk is set in Canada as a Crown corporation considers a rare request to raise prices for the second time this year.

The Canadian Dairy Commission, a federal body that controls the price farmers get for milk, is meeting with stakeholders this week behind closed doors.

At issue is a request by Dairy Farmers of Canada for a mid-year price hike due to inflation.

Yet the consultations are not public and none of the groups being consulted, including processors, retailers and restaurants, know the amount of the increase dairy farmers are seeking.

"We're supposed to respond to this request but we don't even know how much they're asking for. It's just nonsensical,'' said Gary Sands, senior vice-president of public policy with the Canadian Federation of Independent Grocers. "The lack of transparency just blows me away.''

The fact that costs are going up is undisputed.

In a recent press release, Dairy Farmers of Canada said fertilizer costs have risen 44%, fuel is up 32% and animal feed has increased 8% in less than a year.

Dairy prices are normally reviewed once a year in Canada, but that annual process can create a gap between the true cost of producing milk and the annual adjustment, Dairy Farmers of Canada said.

"The exceptional circumstances require a mid-year adjustment to alleviate this gap,'' the group said. "Unlike producers of other goods and services, who can adjust their prices behind closed doors, the farm gate price of milk is adjusted in an entirely open and transparent process through the CDC.''

The industry associations being consulted by the dairy commission agreed in interviews that some increase in milk prices is likely justified.

But they are also concerned about what will happen to milk prices once inflation starts to ease and costs such as fertilizer and fuel stabilize or drop.

"We understand that input costs are increasing—our retailers are experiencing this firsthand,'' said Retail Council of Canada spokeswoman Michelle Wasylyshen. "But many of these input costs will not be permanent and yet we see nothing that suggests that any CDC-approved increase—even if justified— would be temporary and that the price would be adjusted back downward as these inputs drop in cost.''

In the United States, where dairy prices are largely market driven, the price of milk has soared in recent months. But prices tend to go both up and down.

In Canada, where the farm price of milk is regulated under the supply management system, prices generally only go up.

"For other proteins and other supplies, we've negotiated that when fuel and the cost of production decreases their prices will roll back,'' said Olivier Bourbeau, vice-president of federal affairs with Restaurants Canada.

"But with dairy it's never the case. It will never go back.''

Meanwhile, much of the production data on what it costs to operate dairy farms in Canada is also shrouded in secrecy.

A recent attempt by researchers to gain access to the information was denied _ unless they agreed to sign a confidentiality agreement.

"The CDC told us we'd have to sign a non-disclosure agreement,'' said Simon Somogyi, University of Guelph professor and Arrell Chair in the Business of Food, who requested the data alongside Sylvain Charlebois, Dalhousie University professor of food distribution and policy.

"We asked if they could delete all the identifying information from those statistics and provide the data in aggregate and we were denied.''

The commission put together a presentation shared with the stakeholders ahead of the consultations that included statistics on world commodity prices, the cost of feed, fertilizer and fuel and data on the price of food and dairy in Canada.

Somogyi said the Statistics Canada data included in the presentation is helpful, but far less detailed than production cost data supplied by the Dairy Farmers of Canada to the commission. The commission refuses to share that information publicly—even with identifying data redacted, he said.

Concerns have also been raised that the board of the dairy commission, which decides on price adjustments, is made up of dairy farmers. Two of the three board members are dairy farmers while one position is currently vacant.

"This is a Crown corporation that is supposed to represent all Canadians,'' Somogyi said. "But the Canadian Dairy Commission is run by dairy farmers and relies on information provided by dairy farms to make its decisions.''

"It sounds like price fixing ... it reeks of collusion and a terrible conflict of interest.''

Chantal Paul, director of corporate services with the Canadian Dairy Commission, said the reason consultations are not public is for the board to "obtain the best information possible.''

"Organizations share some sensitive commercial information that is useful to make an informed decision,'' she said in an email. "Each organization consulted can decide to make their position public or not.''

Dairy Farmers of Canada would not say what increase it has requested.

In a recent press release, the dairy lobby group said price adjustments are made with an entirely open process.

"This transparency is one of the many benefits Canadians get from our supply management system,'' the group said.

The dairy commission said it expects to publish its decision around June 17.

The quick turnaround between the consultations and expected decision prompted questions about whether a price hike is a foregone conclusion.

"The process seems like a rubber stamp for whatever the Dairy Farmers of Canada are asking for,'' Somogyi said.

Industry observers largely agree that the existing supply management system maintains a stable, high quality supply of dairy in Canada. But some argue the process should be more open with more consideration given to the consumer impact of price hikes.

"We've never come out and opposed supply management,'' Sands said. "We understand some of the benefits of the system, but that doesn't mean the system can't be improved or changed.''

The Consumers' Association of Canada, which is on the distribution list included with the dairy commission's memo on the pricing consultations, did not respond to multiple requests for comment.

Dairy Processors Association of Canada president and CEO Mathieu Frigon said the organization does not take a position for or against an adjustment in the regulated farm price of milk.

"However, we do firmly believe that the needs of everyone in the system—from farm to consumer—must be considered and balanced when making decisions and these decisions need to be based on sound rationale,'' he said in an emailed statement.