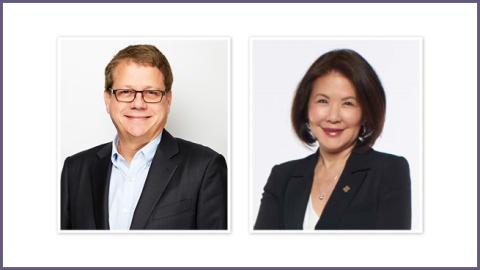 Earlier this month, Empire Company shook up the grocery loyalty landscape when it announced a headline-grabbing deal to become part owner in the Scene+ loyalty program alongside program founders Scotiabank and Cineplex.

Canadian Grocer spoke with two or Empire’s key executives behind the deal, CEO Michael Medline and senior vice-president of marketing Sandra Sanderson, about why they made the move and what it could mean for their business.

First, tell us why your customers will like this move?

Sanderson: Before we embarked on this, we conducted extensive research with thousands of Canadians to find out what they wanted in a loyalty program. What we found was that No. 1 they wanted the ability to earn points easily at many different types of places. No. 2, they wanted a range of rewards—from everyday rewards like groceries to special occasion rewards like having a night out, to aspirational rewards like big travel adventures.

And thirdly, they wanted the flexibility to redeem as they please without all kinds of restrictions.

We tested out the value proposition [for Scene+] with customers and it was a resounding success across every banner across the country without exception, across every age group, every gender. We do think this is exactly what they're looking for.

You didn’t have to pay anything for the ownership stake. Why is that?

Medline: As you can probably imagine, given our success over the last five-plus years, and the strength of our brand, and the fact that there are only two national grocery chains, and the fact that grocery is absolutely key to a successful loyalty program, we had many suitors.

As Sandra said, this was the suitor that matched up best for our customers and with us. But at the same time, we wanted control and an ownership stake in whatever entity we're going to be getting into. Cineplex and Scotia were more than willing to do that.

Many suitors were interested because you offer a lot of customer data, correct?

And unlike hard goods and soft goods where you might have a great customer comes in four to six times a year, our best customers come in more than once a week. So loyalty plays a greater role and the grocery spend and the interaction with grocers is much larger.

I started off asking how it's good for your customers. How does this change your business?

Sanderson: We're going to be creating one of the most valuable and diverse datasets in Canada. If you think about the fact we'll be bringing together all of the transactional data from all of our banners, with the member data from Scene+—all of those banking insights as well as entertainment and dining—so bringing all of those diverse datasets together allows us to have a much better understanding of our customers beyond the walls of our store.

And that allows us to deliver much more personalized communications and much more relevant offers…We think that’s a game changer, that’s going to be a competitive advantage for us.

The second thing that I think is important for our business and I'm excited about is the opportunity for new customer acquisition. There's 10 million members of Scene+ and we know over 40% of them don't shop our banners today. That was a huge new customer acquisition [opportunity], and Scene+ members skew younger customers, younger families, and that's great for grocery business.

You used the word personalization, but practically speaking, what does that mean for your customers?

Sanderson: We will understand them beyond just their grocery transactions, right? So, the broader data set beyond our stores will be able to be a lot more relevant. If we know that they just moved into a new city, or we know through other purchases that they may have a new child. Those are all really important things that allow us to be much more relevant to our customer.

Medline: There is a huge number of Scene+ points out there. And part of the allure to the partners at Scene was to find ways for members to redeem their points. And although there are great ways to redeem today, the ability to redeem at grocery is going to be highly attractive to people.

Sanderson: We have cybersecurity experts that are deeply embedded into this project. It's something that we are so conscious of, and we take it very seriously. And you can imagine having Scotia, a banking partner, here with us… no one is going to be more careful than a banking partner. So we are leveraging their expertise and we have our own experts.

Medline: Yeah, sure. I don't think right away that will happen. But I think that—with this program—we'll be well on our way to building the most dominant loyalty program for Canadians. I think our competitor has done a nice job on that.

They've said they have about 18 million members. How quickly can you get there?

Medline: I think there's two things. I think there's numbers and then there's experience, We're going to go from 10 million to much higher than that. And over time, I guess we could have more members.