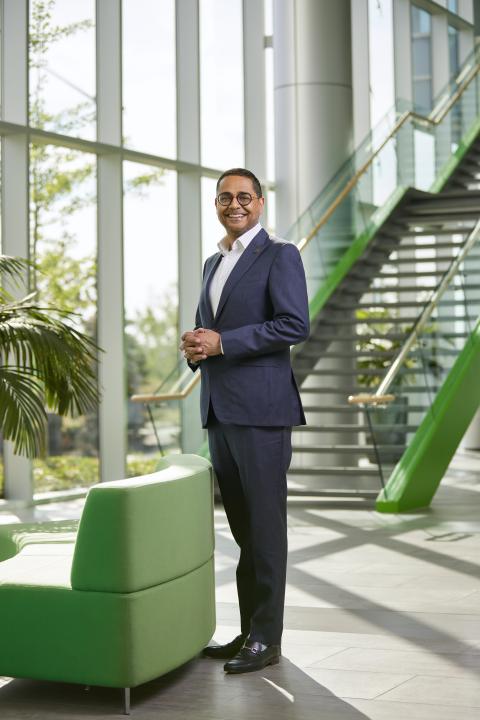 No question, the planet is getting warmer, and the impacts of this reality are already being felt in ways both dramatic and devasting. Deadly floods, scorching heatwaves, fires, droughts and the knock-on effects of these weather events are grim reminders of our climate predicament. Unless more serious action is taken to slow the Earth’s rising temperature, scientists warn, things are only going to get worse for the planet’s inhabitants. Much worse.

According to an April United Nations climate report, our window to limit global warming to 1.5 C to avoid the worst consequences of climate change is closing. It’s “now or never” warned the report, to significantly slash our greenhouse gas (GHG) emissions. Others echo the urgency. Researchers at the University of Oxford call the 2020s the “Decisive Decade” to act on climate change. Though immense, the climate challenges we face are not insurmountable. Combatting the crisis, say the experts, will require more collaboration, more engagement and more action from individuals, governments and businesses.

The race to net zero

Companies like Empire are answering the call. In July, the grocery retailer announced its Climate Action Plan, a new strategy to meaningfully cut its GHG emissions and begin the transition to decarbonizing its business. Under the ambitious plan, outlined in Empire’s recently released 2022 Sustainable Business Report, the company is pledging to achieve net-zero Scope 1 and Scope 2 emissions by 2040 with a goal of attaining net zero for its Scope 3 emissions by 2050. Put simply, Scope 1 and 2 emissions are those generated in its own operations, while Scope 3 are those coming from its value chain.

In the report, Empire president and CEO Michael Medline wrote that while it’s encouraging to see the conversation around climate change reach new heights, “the time for talk is over. We are in a new phase of this challenge that we believe requires aggressive action.”

While scores of companies have announced goals to tackle GHG emissions, science-based targets are at the heart of Empire’s plan and that’s an important distinction, says the company.

Science-based targets provide companies with a clearly defined path to reduce GHG emissions that are in line with what the latest climate science says is necessary to meet the goals of the 2015 Paris Agreement to limit global warming to no more than 1.5 C. The Science Based Targets Initiative (SBTi) – a partnership between CDP, the United Nations Global Compact, World Resources Institute and the World Wide Fund for Nature – provides standards and guidance for companies to set their targets.

“We’re one of 50-odd Canadian companies that have set science-based targets, which is a really meaningful target to set,” explains Mohit Grover, Empire’s senior vice-president of innovation, sustainability & strategy, during an interview at the company’s Mississauga, Ont. office in late July.

“We’re one of Canada’s largest grocers,” says Grover, “so we feel we have a responsibility to take action, specifically around our emissions profile.”

Empire’s commitment is no small thing. A giant in Canadian retail, the company has a network of more than 1,500 stores across the country under retail banners that include Sobeys, Safeway, IGA, Farm Boy, Longo’s, Lawtons Drugs as well as e-commerce delivery services Voilà, Grocery Gateway and IGA.net; Empire has the clout to make a big impact by delivering on its climate commitments.

But setting goals is one thing, ensuring the company meets its ambitious targets is quite another. Grover says the company has a roadmap to keep it on track.

“We’ve really planned out the next three to five years, and execution against that plan is going to be really important. It’s a long journey; these targets are set many years out, but we want to start to execute soon so we can have impact early,” explains Grover, who joined Empire about three years ago, with sustainability being added to his responsibilities a year into his tenure.

Key steps Empire will take to reduce Scope 1 and Scope 2 emissions in its operations include energy-efficient lighting and refrigeration retrofits in its stores; the installation of rooftop solar panels at more of its locations to turn these underutilized spaces into “clean energy-generating stations;” and the electrification of its delivery and fleet vehicles. “And we’re thinking about how we’ll do that in Voilà, too. Our trucks are refrigerated, and they require additional load,” he says, adding that Empire will be looking at innovative solutions to be able to power the trucks for the distance needed to travel and refrigerate product.

“On the Scope 3 side, which is with our vendor partners, that’s all about engagement,” says Grover. And that’s crucial to the plan’s success as much of the company’s emissions profile is generated in the company’s value chain, which is complex for a company that works with large multinational vendor partners all the way down to local Canadian companies. “And so, part of that action plan will be for us to engage with and educate [our vendors] so they are doing the right things around emissions,” he says, noting that those conversations are already taking place. “Our Scope 3 emissions from our supply chain is a big focus area for us to have impact over the next decade and beyond and to meet those goals that we have for a net-zero target.”

Grover adds that while the 115-year-old company has always acted on environmental issues (“It’s been part of our company’s ethos from the start”), in the last few years Empire has started to be more transparent around the work it’s doing.

“The way we look at it, we want to hold ourselves accountable,” says Grover, adding that Empire will continue to enhance its disclosures. “We’ve already aligned against SASB, which is a sustainable accounting standards board, and they have a food retailers and distributor standard that we already published against last year and we’re doing that again this year,” he explains. “We’re also looking to our investors, analysts, other stakeholders and in this year’s [Sustainable Business] report you’ll see we’ve strengthened our disclosures around governance programs, policy programs, because we heard a lot of feedback from that group. They wanted to know more about how we internally govern and track.”

Declaring a war on waste (plastic and food)

Though a big priority for the company, the new Climate Action Plan isn’t the only piece of its sustainability strategy. Empire established itself as a leader in curbing plastic waste in 2019, when Sobeys announced it would eliminate single-use plastic bags at checkouts at all 255 stores, it was the first national grocer to do so. In May 2021, Empire expanded the effort to its other banners resulting in approximately 800 million single-use plastic bags removed from circulation annually.

The company is now building on that momentum and recently began developing a multi-year Plastics Action Plan. The plan will focus on three key areas: reducing plastic waste, improving reuse and improving value recovery. According to its new sustainability report, targets will focus on reducing unnecessary and hard-to-recycle single-use plastics within its own brand and operations, increasing the use of post-consumer recycled (PCR) plastic material in packaging as well as leading on circularity while engaging with its customers to help reduce the amount of plastic waste generated at home.

And then there’s food waste. It’s a massive problem in Canada where the estimated value of unnecessarily lost or wasted food is in the neighbourhood of $49 billion annually, according to a 2019 report from Second Harvest and Value Chain Management International.

With food at the core of its business, Empire says it has a responsibility to reduce waste from its operations and across its supply chain. “We set a goal for food waste reduction to try to hit 50% by 2025; we’re about halfway there,” explains Grover. To cut waste, the company has implemented a multi-tiered food waste prevention program at its stores, which includes things such as staff training, computer automated ordering as well as finding ways to use surplus ingredients.

A strategic partnership with food rescue organization Second Harvest is helping it get closer to its goal. Between May 2021 and May 2022, Empire donated more than 9.6 million pounds of surplus food to the organization, the company equates this to nine million meals provided to families in need. Empire notes that not only is the partnership helping combat the problem of food insecurity in Canada, but it’s keeping food waste out of landfills and diverting GHG emissions.

Infarm has been another important partner for the company. The German company’s hi-tech indoor farming systems started appearing in Empire’s stores in 2020 and the partnership has expanded to also include growing centres that supply fresh leafy greens and herbs to the company’s network of grocery stores. Infarm is touted as a smart, sustainable solution for feeding urban populations as its produce requires 95% less water, 95% less land to grow and is grown without pesticides. In fact, Empire says it has saved five million litres of water as a result of its Infarm partnership.

“It’s a great customer proposition,” Grover says of the Infarm offer. “Customers want to have something that’s grown close to home that has a better freshness and taste. But in addition to that, we use less water, we use less emissions transporting the goods to our stores, and we have less waste. So that’s an innovation that we’ve brought to life in our stores and scaled across our network, and we are really proud of it.”

At a time when customers, employees and investors are demanding companies do better when it comes to important issues like sustainability, Grover says Empire is well positioned to do its part.

“ESG is just part of our company’s business strategy, and it’s integrated into everything we do. And if you meet any of our executive team members, or district operators, or store employees, they’re going to talk about our journey in many areas of sustainability,” he says. “We’re really excited about the progress we’ve made, but more excited about the future ahead."