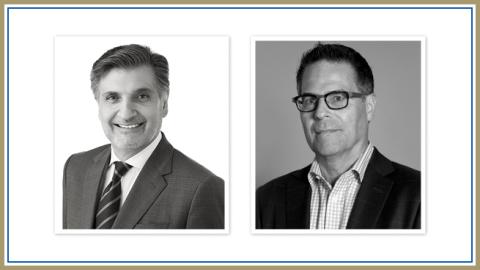 L to R: Carmen Fortino and Michel Manseau are being honoured with this year's award.

The Food Industry Association of Canada has announced the recipients of the 2022 Golden Pencil Award, the grocery industry’s highest honour.

Fortino and Manseau will be presented with their awards at the Golden Pencil Awards ceremony, part of Canadian Grocer's GroceryConnex conference in Toronto this November.

Presented since 1957, the prestigious Golden Pencil Award recognizes individuals who have made a significant and worthwhile contribution to improving the Canadian food industry as well as their communities.