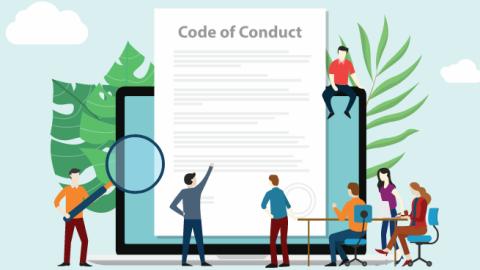 There is still some work to be done, but it’s likely the Canadian grocery industry will have a code of conduct in place later this year.

After more than a year of talks, meetings and negotiations, the latest progress report from the steering committee working on the code confirmed that most of the key provisions were complete and progress was being made on how the code will be overseen and enforced.

That report was met with a joint statement from Marie-Claude Bibeau, federal Minister of Agriculture and Agri-Food, and André Lamontagne, Minister of Agriculture, Fisheries and Food, which had a decidedly positive tone:"We would like to commend the agri-food industry on the substantial progress they have made in developing Canada's first-ever grocery code of conduct,” it read.

“By enhancing transparency, predictability and fair dealing, the code will help make Canada's food supply chain more resilient,” the statement read, with “transparency, predictability and fair dealing” being the three key watchwords for the entire process since the federal and provincial ministers called on the key players across the industry to get together and create a code in July 2021.

“I'm really, really pleased with the progress that we've made,” adds Gary Sands, senior vice-president, public policy and advocacy, for the Canadian Federation of Independent Grocers. “Now all we're doing is putting the final touches on it.”

While much of the work to draft the code had been led by a 10-person steering committee representing most of the industry meeting monthly since mid 2021, real progress to clear away the final hurdles came with the formation of an eight-person working group in August.  “They locked themselves in a room for days at a time, and just did some really, really good work,” Graydon says.

Members of that group each brought an “on the ground” perspective to discussions around key principles, and unilaterally understood the importance of getting a code developed by the industry rather than one imposed by the government, Sands says. “That desire was reflected in the conscientious manner that they approached their work.”

The eight members of that sub-committee were:

While the basic rules and provisions are agreed upon, the remaining “finishing touches” relate to governance and enforcement.

“We're making some really good progress there too,” Graydon says. There will be a board of directors from representatives across the industry and an adjudicator supported by a small team which will listen to complaints and enforce the code. It’s likely the office will have six staff.

There will also be wider consultations with the industry to introduce as many stakeholders as possible to the proposals.

“Letting industry as a whole have a chance to look at what we've put together and ask, ‘Is there something that just jumps out that we've missed?’” Sands says. Those consultations are likely to begin in February.

Once the consultations are complete, the language carefully vetted by lawyers and the final version of the code signed off, they can begin to put the formal structures in place, including electing the board and hiring staff. But both are hopeful the grocery code of conduct will be in effect by the end of the year.

Not everyone could get everything they wanted in the process, Graydon says. Some compromises had to be made by all parties, but the finished product will benefit the entire Canadian grocery industry. “It’s a really strong industry solution that's required to make the industry a little bit more economically viable and provide a little more economic certainty,” he says. “It will maybe get us focused a little bit more about talking about how to grow the business versus complaints.”

Many wondered why it took so long, but it was a complex challenge with lots of voices that wanted and needed to be heard, he says. “It's a $100 billion business with 10 different stakeholder groups, all with different concerns. Trying to find a solution to those things is not easy,” he says. “But we did it.”

"Being a member of the sub-working group representing independent grocers across Canada has been one of the highlights of my work in the greater industry," says Giancarlo Trimarchi, president of Vince's Market. "At times we found easy alignment and at other times we had very spirited debate, but it was maintained in an environment of mutual respect... The work is not yet done, but the experience has left me feeling like there is a time where our industry partners and retailers can work in a spirit of collaboration that is in the spirit of fairness for all and drives innovation and fair pricing to consumers across the country."