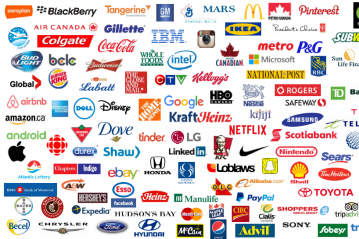 It’s Google’s world. We just live in it.

For the fifth year in a row, the California-based search giant sits atop the Institute of Communication Agencies (ICA) and Ipsos’ sixth annual ranking of the Most Influential Brands in Canada.

Steve Levy, Toronto-based chief operating officer for Ipsos Canada, says tech’s prominence reflects its pervasiveness and importance in Canadians’ lives. “You interact with Google 12 times a day, so it has more opportunity to influence you,” he says.

Among traditional brands, Walmart maintained its seventh place ranking, while Visa dropped two spaces to number eight and Tim Hortons – another fixture in the top 10 – dropped one spot to number nine. After a hiatus of several years, CBC clawed its way back into the top 10.

Walmart’s influence is driven by its massive presence in Canadian retail, coupled with its excursions into grocery and ecommerce, says Levy. “They have 400 big box stores – that’s a lot of presence,” he says. “They have a big advertising budget, they’re one of Canada’s biggest employers, so by default they have a lot of brand advocates.”

Another mainstay on the list is the private label brand President’s Choice, which ranks 14th overall. “In many ways, President’s Choice sets the food agenda in this country,” says Levy. “Its influence really is driven by trust, but also by corporate citizenship.”

While much has been made of the challenges facing brands that occupy the centre-store aisles, Levy says stability is one of the hallmarks for major consumer brands, with little movement either up or down. “They operate in a very challenging environment, particularly vis-a-vis the strength of the retailers in this country,” he says.

Other consumer brands listed in the top 100 include Becel, Heinz, Hershey’s, Maple Leaf and McCain.

The annual list is based on an online survey of 6,030 Canadians using the Ipsos iSay Panel, with results considered accurate within plus or minus 1.4% if the country’s entire adult population had been polled.

The results also reflect a generational bias, with Generation Z and millennials favouring brands like YouTube, Netflix, Twitter, Instagram and Snapchat. Older Gen Xers, meanwhile, tend to meld the online and offline worlds, admiring tech pioneers like Apple and Microsoft while admiring brands that appeal to their value consciousness, such as Walmart and President’s Choice.