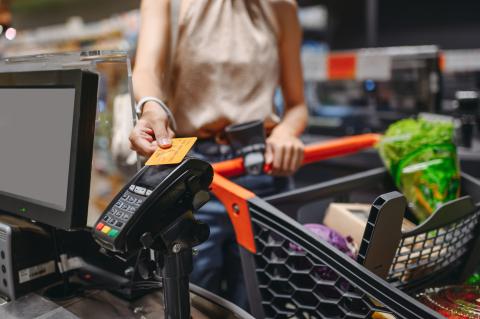 For a little more than one week now, most grocers across Canada have been able to ask their customers to pay some of the interchange fees Visa and Mastercard charge merchants to use their service, sometimes referred to as swipe fees.

In theory, introducing a surcharge on customers shopping with their credit card — an option now available in provinces outside Quebec after a recent class action settlement — could help grocers cut some of their costs. But in reality, most don’t see that as a realistic solution. Why? Charging customers more money at the check-out — especially when most Canadian consumers are taking a financial hit from the meteoric rise in food prices — doesn’t seem like a good business decision.

Instead, they’re looking to Ottawa to reduce those transactional charges they pay the credit card companies.

In a just-published survey of its members, the Canadian Federation of Independent Business found 19% of respondents intended to start surcharging their customers when permitted to do so. However, that percentage is higher for B2B businesses and lower for those that are customer facing, with just 12% of retailers saying they intend to surcharge.

“These data reveal the frustration so many business owners feel about the high cost of credit card processing, which can eat about 1.5 to 2.5% of every sale,” CFIB president Dan Kelly said in a release. The CFIB said about 35% of respondents plan to encourage customers to use other forms of payment, and 28% will increase their prices to absorb credit card fees.

Summerhill Market is one of the 88% of retailers who won’t surcharge. “This was  a very easy decision for us to make,” says Christy McMullen, vice-president at the four-store high-end chain in Toronto. “We are in a very competitive business and charging a surcharge would definitely upset our  customers.”

Any grocer that does introduce a surcharge risks losing out to a competitor down the street who will not implement the charge and therefore have lower prices. This is particularly problematic for smaller grocers that pay higher rates than big players.

Independent grocers pay about 1.5% of every transaction, says McMullen. “The chainsare rumoured to be around 0.8% and so they will not be chargingcustomers and we need to remain competitive.”

The Canadian Federation of Independent Grocers also recommends its members do not introduce surcharges.

“Our message to the grocers is that we don't believe surcharging is the appropriate solution,” says Gary Sands, senior vice-president at CFIG. “Punishing your customer is not the way to resolve this issue.”

The CFIG has been calling on the federal government to do something to reduce interchange fees for independent grocers, which are high by international standards, and definitely higher than those for large retailers, he says. “There is no defensible reason for that gap to exist.” The CFIG estimates interchange fees total about $10 billion a year in Canada.

The Liberal government has said it is committed to lowering the cost of credit card fees going back to the 2019 election, and noted in the 2021 budget that “small and medium-sized businesses… incur fees for these transactions also known as interchange fees, which are amongst the highest in the world.” It conducted consultations later in 2021, but so far, they have taken no action.

If people are upset about high credit card fees, they should be calling Ottawa, says Sands. “That's who's responsible for this because if they'd lower the fees as they promised, we wouldn't be in this situation.”

McMullen, too, thinks it’s time for Ottawa to act. “We are  just asking for fairness and transparency for the independents to be  competitive with the large chains,” she says. “We are almost at double the pricefor the exact same service as the chains. This is not fair.”