A Metro exec with deep family roots in the grocery business and a veteran of one of Canada’s largest tissue product companies are this year’s recipients of the prestigious Golden Pencil Awards.

Presented annually by the Food Industry Association of Canada since 1957, the awards recognize an individual’s lifetime contributions to the grocery industry and their communities.

Read on to learn more about this year’s outstanding winners Metro’s Carmen Fortino and Michel Manseau of Kruger Products. 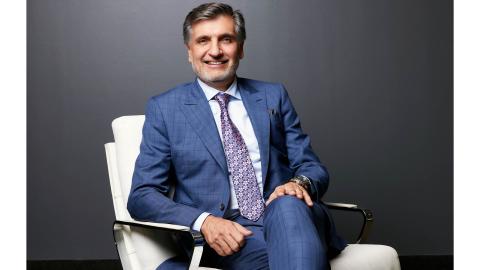 Carmen Fortino’s roots in grocery run deep. He got his start at age 15, with a part-time job at a Dominion (a chain that Metro would eventually acquire) in Stoney Creek, Ont. Later, he went to work in the family business – Fortinos Supermarkets. He stayed on after the family sold its Ontario grocery stores to Loblaw in 1988 and by the time he parted ways with Loblaw, in 2007, he had ascended to the post of executive vice-president, Loblaw, Ontario region.

After a seven-year stint in the health and wellness sector, Fortino says a “fateful” meeting with Metro CEO Eric La Flèche ultimately wooed him back to grocery. “Our one-hour meeting turned into four hours and subsequent meetings after that, and it got my juices flowing,” recalls Fortino. “Once grocery is in your blood, it’s there.”

When asked how he accounts for his success, Fortino is quick to say it’s about “being surrounded by great people.” His approach to leadership is to create an environment where making a mistake is not the end of the world. “I don’t like to live in the safe zone. I like to push the envelope and try things and see what works and what doesn’t,” he says. “A big emphasis for me is creating an environment of trust where people can be themselves and express themselves and where we all learn from each other’s triumphs and mistakes.”

He credits his dad, Luciano, for his work ethic. “My dad was a huge influence on my life,” he says, adding that his father, an immigrant from Italy, helped set his emotional intelligence compass and instilled in him the importance of hard work. “I remember when I started my first job at Dominion, I was nervous, and I remember him telling me like it was yesterday: ‘Just make sure you give them 10% more than what they’re expecting and everything will be fine.’ I learned a lot from my dad.”

In addition to being “extremely” proud of his roots in the Fortinos’ business, Fortino says he’s proud to have joined Metro. “Metro was a relatively young Ontario company at the time. It acquired all A&P, Dominion, Miracle Mart, The Barn, Loeb – there were a bunch of different businesses that it acquired in the Ontario landscape, and I was lucky enough to get involved at a time when I could help weave all those different cultures into one culture, called Metro, which I’m really proud of.” 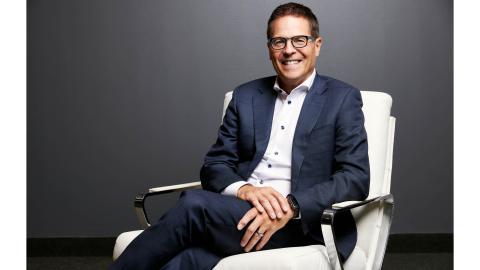 When Michel Manseau joined Kruger Products (then Scott Paper) back in 1988, he couldn’t know he’d spend the next three decades with the tissue company. “You never know when you start with a company how long it’s going to last. I think the honeymoon has been pretty good,” he jokes.

Manseau’s earliest days with the company were as a sales rep in Montreal, calling on retail stores. He quickly moved up the ranks at the organization in various sales roles that took him to the United Kingdom and eventually to Toronto, where he’s been based since 2004. He joined Kruger’s leadership team in 2006 and was promoted to his current role as senior vice-president and general manager, consumer business Canada in 2018.

Not one who’s comfortable in the spotlight, Manseau is modest about his achievements and gives a lot of credit to his team. “I love people and I’m a firm believer that it’s people that make a difference to the company’s success.” As a leader, Manseau sees his role as an “enabler,” one who gives his team the tools to help them be their best. “And I’m a leader who’s not looking to be right. I listen. I like to challenge ideas and I like my ideas to be challenged. If we always agree and say the same thing, we’re not going to be successful.”

Manseau describes himself as a hard worker who is engaged and disciplined – qualities he says are inherited from his parents. “My dad was super disciplined and had high standards and my mother gave me positivity, curiosity and a never-quit attitude.”

Among his career highlights, Manseau points to the successful transition of the company’s brands after Kruger purchased Scott Paper as something he’s particularly proud of. “I think we did it well and it allowed us to double the size of the company.” More recently, he’s proud of how the company rallied during the COVID-19 crisis, efficiently managing supply amid a consumer frenzy around paper products, especially toilet paper. “We implemented a lot of things to maximize the output of our lines and supply as much as we could in the market.”

And what keeps Manseau passionate about his work after more than 30 years? “The grocery industry is one of the best industries, from my standpoint,” he says. “I’ve met so many great people over the years, and even if the industry has become a little bit more challenging, it’s still a people business that touches consumers’ lives every day."