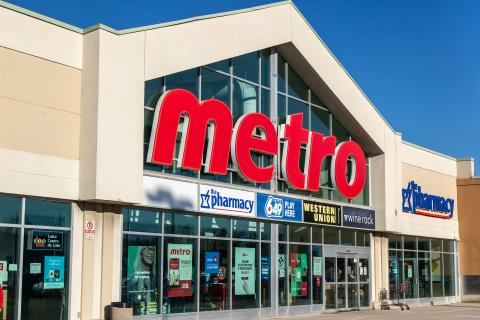 On an adjusted basis, Metro says it earned 84 cents per diluted share for the quarter, up from an adjusted profit of 78 cents per share a year earlier.

In its outlook, Metro says it continues to face higher than normal inflationary pressures and labour shortages that, if prolonged, could put pressure on margins.

Metro says it expects food sales in the short term to remain relatively stable versus last year while it expects continued growth in its pharmacy business although somewhat moderated versus the first half of the year.