The cost of groceries has risen at the fastest rate in more than a generation. This is plain to anyone who shops for groceries. What is becoming more apparent is shoppers’ frustration with the situation. For most, the blame lands squarely on retailers and food producers, according to research conducted for Mintel’s The Budget Food & Drink Shopper report.

While most Canadians are feeling the impact of food inflation (and inflation in general), there isn’t unanimity in terms of how they’re dealing with it. The most common strategy for consumers is to look for sales in flyers (paper or digital) and stock up on their preferred items. The next most common reaction is making a shopping list and trying their best to stick to it to avoid buying food that will go uneaten. Consumers are also collecting and redeeming loyalty rewards. Another action being taken is cutting back on items that have become more expensive and switching to cheaper alternatives such as private-label brands.

Even when budgets are increasingly stretched, Canadians, in general, appear to prefer sticking with the foods and drinks they know and like, but if pushed too hard when it comes to price, they will seek out alternatives to their favourite brands and products.

What shoppers want from grocers and food manufacturers

Turning the tables, what do shoppers expect of grocers and manufacturers when it comes to helping them save? The most common answer provided is that they want a cap on price increases. This isn’t surprising given the rise in food prices, but also given the news of robust profits in quarterly earnings reports, which get ample play in the media.

The second most common response in terms of what companies can do to help shoppers save is practical, yet somewhat surprising. Packaging that helps limit food waste and allows for food to last longer resonates, such as bacon sold in two pre-sealed portions that can be opened at two distinct breakfast occasions. This allows for food not used at a particular time to stay fresher for longer and helps alleviate the frustration associated with tossing food items and, by extension, hard-earned money.

Canadians also want a helping hand when it comes to comparison shopping. More specifically, in their view, they are looking for per-unit costs to be standardized so they don’t feel they need a degree in advanced calculus to figure out what products are cheaper when comparing items within a category.

Food inflation has a mental toll

Rising food inflation in 2022 has also led to rising levels of anxiety associated with buying groceries. Grocers need to recognize that rising prices don’t just impact pocketbooks, but emotional health as well, and no one wants their brand to be associated with emotional distress. Three-quarters of shoppers agree “the pace at which food costs have risen has given [them] added stress,” yet they also agree that “no matter how much food prices rise, [they] have no choice but to absorb them.”

What does this mean? Initiatives aimed at helping consumers cope need to be rooted in understanding in terms of the impact rising food prices have on consumers’ lives. How grocers and manufacturers communicate pricing impacts how they're viewed as responsible actors in society. This is underscored by the most agreed-upon statement in the report: Nearly 95% agree “the steep rise in food costs is particularly unfair to those with lower incomes.”

As Canadians deal with the rampant rise in grocery prices, grocers and food producers can take practical steps to help make shoppers' lives easier, which can benefit brands in 2022 and beyond. 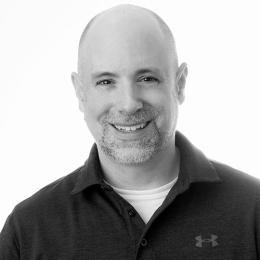